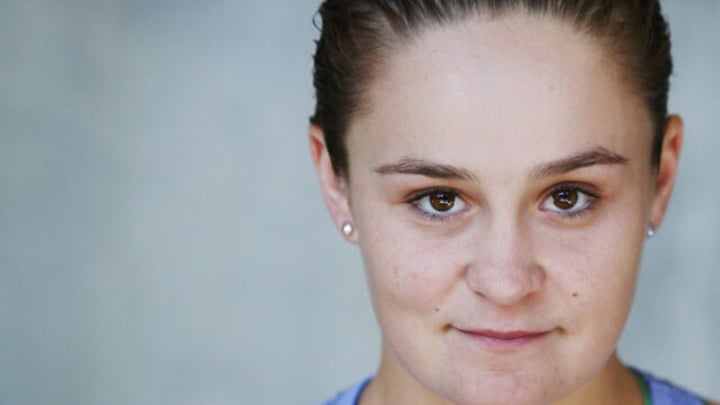 Should Ash Barty take home the Newcombe Medal, the achievement will add to an already impressive list of achievements for the 26 year old since announcing her retirement in March this year. Source: Getty Images.

Although she has stepped away from competitive tennis, sporting legend Ash Barty is set to go head to head with the likes of Nick Kyrgios to win tennis’ highest honour.

On Monday 12 December, 26-time Grand Slam champion John Newcombe will present one lucky winner with the highest honour in tennis at the Palladium Crown.

The achievements and many contributions of the wider tennis community will also be recognised with 13 Australian Tennis Awards to be handed out on the night.

Who is your pick?

Tennis Australia CEO Craig Tiley said the “Newcombe Medal and Australian Tennis Awards is a wonderful opportunity to celebrate the achievements, efforts and dedication of everyone involved in tennis.”

“And what a remarkable year it has been for Australian tennis with seven Grand Slam champions, 13 Grand Slam finalists, standout individual performances, career best rankings and of course incredible results for our Billie Jean King Cup and Davis Cup teams,” Tiley said.

“Our professional players have raised the bar significantly this year and can be very proud of all they have achieved including the tremendous inspiration they bring to the next generation of players, and everyone involved in the delivery of grassroots tennis.

“Being able to recognise the efforts of our professional players alongside our hard-working grassroots tennis community is really special. It brings tennis together in recognition of the collective effort it takes to achieve all that we do in our sport.

“To be part of the Newcombe Medal, Australian Tennis Awards is a wonderful honour and achievement and I wish all nominees and finalists the very best of luck on the night.”

Former World No. 1, Barty, is looking at a fifth-straight Newcombe Medal win, revealing to news.com that  “it’s an honour to be nominated for the Newcombe Medal this year” before reflecting on her stellar achievements on the court.

“Winning the Australian Open in January is something I’m very proud of and ended up being an incredible way to finish my tennis career,” Barty said.

“Being able to win in front of my family, friends and the Aussie fans is something I will never forget. I’m so grateful for the support I have received throughout my career and hope I can now contribute to the Australian tennis community in other ways.”

After winning the Australian Open doubles title and reaching the Wimbledon finals in 2022, Kyrgios is also in contention for the highly sought after Newcombe Medal.

“Wimbledon was a highlight this year. There were some really memorable matches,” Kyrgios said.

“I think I learned a lot about myself and really developed as a person. I was playing great tennis but even more than that, I made huge strides mentally.”

Should Barty take home the Newcombe Medal, the achievement will add to an already impressive list of achievements for the 26 year old since announcing her retirement in March this year.

Since hanging up her racquet, Barty claimed victory in a golf tournament at the Brookwater Golf and Country Club earlier in the year and in July married long-time beau Garry Kissick, shocking fans with a photo of the secret ceremony.

Showing no signs of slowing down, Barty later revealed that she was making her mark in the corporate world with her new role with the Australian telecom giant, Optus, as their new “Chief of Inspiration”.

After what has already been a jam-packed retirement, Barty recently revealed to Sunrise that based on the last few months, her post-tennis life is “going to be a really fun journey”.

“It’s everything I’ve ever wanted. I feel very fortunate I’ve been able to live out my childhood dream and have a career for 20 years.

“It was something I loved and now what excites me is our next chapter and what that is I’m not quite sure yet but the last six months, if it’s anything to go by, it’s going to be a really fun journey.