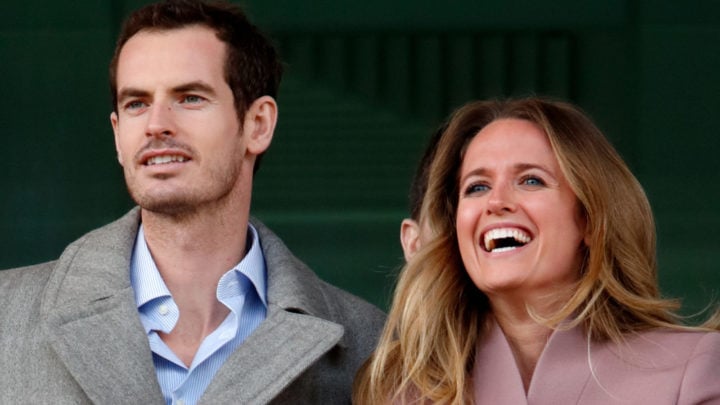 Two-weeks ago, Sir Andy Murray and wife Kim Sears welcomed their third child into the world and now the former world number one has revealed the baby boy’s sweet name.

The couple, who already have two young daughters, have decided to name their new addition Teddy, with Andy revealing the name was picked out by his wife.

Speaking at the launch of his new clothing line, sponsored by British company Castore, he told Hello! magazine: “My wife liked that so she chose it.”

The 32-year-old tennis legend also revealed that Teddy has been given a middle name which holds sentimental meaning for the family, adding: “The middle name is a family connection. I don’t actually love the name, but my dad’s middle name was Baron, his dad was Baron, my grandad’s dad too, so I kept that.”

Kim, 31, and Andy are now parents of three as the couple share daughters Sophia, three, and Edie, two, and the Scottish sports star said the time adjusting to being a family of five has been “good, just busy”, reports the Daily Mail.

It has been a rollercoaster year for Murray who announced back in January that he was planning to retire in 2019 due to persistent serious injuries. However he hasn’t quite hung up his racquet for good yet and has carried on playing the game in the months since, even bagging a win at last month’s European Open in Belgium.

Speaking in Melbourne at the start of the year, Murray broke down in tears as he revealed his plans to call it quits, explaining that severe hip pain could prevent him from pursuing his career for much longer. The tennis great underwent hip surgery last year in hopes of relieving the pain and spent much of 2018 recovering.

At the time he told reporters that he had been “struggling for a long time” and despite his best efforts to get better, things aren’t looking good. When asked about his fitness, Murray said he’s “not feeling good”.

“Pretty much done everything that I could to try and get my hip feeling better and it hasn’t helped loads,” an emotional Murray told reporters in January. “I think there is a chance the Australian Open is my last tournament.

“I can play with limitations. But having the limitations and the pain is not allowing me to enjoy competing or training. Wimbledon is where I would like to stop playing but I am not certain I am able to do that.”

Despite expressing doubts over his chances of playing at Wimbledon, he went on to surprise everyone when he played at the iconic British tournament in July. He teamed up with fellow tennis great Serena Williams for the mixed doubles, after being turned down by current world number one Ashleigh Barty.

Are you a fan of Andy Murray? Do you like the name?