You had one job! Shoppers spot hilarious Christmas spelling gaffe 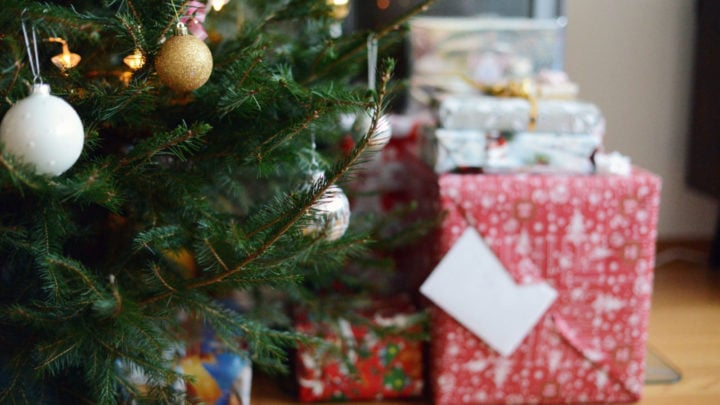 Shoppers admitted they had wrapped all of their gifts without noticing the error. Source: Getty (stock image).

Australian shoppers were left in hysterics this week after one eagle-eyed consumer noticed a glaring spelling error on rolls of Christmas wrapping paper.

With just days to go before December 25, Aussie parents and grandparents are no doubt rushing to get everything bought and wrapped in time for Christmas morning, but one mum’s plans were thwarted when she realised the gift wrap she was using featured an undeniable mistake.

Taking to social media, the woman shared an image of the faulty gift wrap which read ‘Merry Chirstmas’ and asked: “Did anyone else pick up some wrapping paper from Aldi? Check the spelling.”

The post received a flurry of comments from hundreds of people who found the gaffe hilarious, with many suggesting that children wouldn’t even notice the mistake as they would be too busy unwrapping their gifts. One wrote: “Oh well the kids wont know they just rip into it.”

Another said: “So funny at least the person getting the pressy might have a giggle be a present to remember.” Another commented: “Fail! I wouldn’t have noticed that unless someone picked it out, like you did.” While one person joked: “You had 1 job, just 1 job haha.”

While the woman claimed to have purchased the wrapping paper from Aldi, a spokesperson for the budget supermarket chain has since confirmed to Starts at 60 that the product was actually on sale at The Reject Shop and not available in Aldi stores.

Other users admitted they too had purchased the paper and failed to notice the spelling error. One woman added that she had already wrapped up all of her gifts without spotting the mistake, writing: “Omg I didn’t even take any notice and I’ve wrapped a whole heap up, funny this is, I bought mine from reject shop.”

It’s far from the first time that a brand has made an embarrassing spelling error though as, earlier this year, rival supermarket chain Woolies was forced to pull stock from its shelves after making a similar mistake.

Last month, Woolworths stripped its shelves of blue Christmas-themed stubby holders after customers pointed out that they had misspelt Christmas, with the products actually reading: “Merry Christhmas.”

While they were removed from sale, photos of the stubby holders were still shared widely on social media with many people finding the mistake funny. One person wrote: “Perhaps they were testing the product whilst editing.”

Another said: “But it’s from that famous song ‘All I want for Christhmas is my two front teeth’.”

Have you ever spotted a spelling mistake on a product?