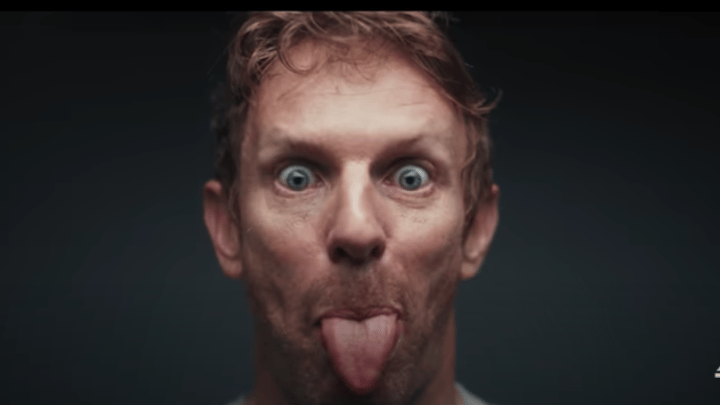 The new campaign showcases the enduring human spirit and the vulnerability of the athletes. Source: Youtube/Channel4

While most ads have us reaching for the mute button, every so often one will come along that proves the role and power of advertising. UK broadcaster Channel 4’s advertising geniuses have done just that with their new campaign, stirring viewers with the controversial slogan, “To be a Paralympian, there’s got to be something wrong with you”.

Renowned for their ‘Meet the Superhumans’ campaign for the London 2012 Paralympics, Channel 4’s multi award-winning agency 4Creative have done it again for Tokoyo 2021 with a new ad that shows an up-close and personal account of the trials and tribulations faced by the athletes in the lead up to the games.

Created by the advertising agency and Oscar-nominated cinematographer Bradford Young, the three minute ‘Super. Human’ ad shows the sacrifice, sweat, blood, tears and incredible determination of the athletes shrouded with humour and inspiration.

Lynsey Atkin, 4Creative’s executive creative director, said after the success of previous Paralympic ads, they saw an opportunity to not only show the athletes incredible achievements but also show that they face the same pressures and anxieties as everybody else, and are flawed and vulnerable, just like us.

“Yet we spotted an opportunity to present Paralympians in a way they hadn’t been shown before – by pointing a camera at the realities of their lives, and, as with any elite athlete, the sacrifices they make in pursuit of greatness. Whether that’s defying medical advice, missing c­­hildren’s birthdays, anxiety, repetition, getting endless blisters – collectively these choices paint a story of mental determination, not of disability,” she said.

“It’s sheer grit against the odds – which after the year we’ve all had, will strike a chord with many. But it’s not all doom and gloom, the sense of humour of our athletes is woven throughout the film – the enduring human spirit.

“The script was written in partnership with our athletes – everything you see in the film was inspired by real-life experiences of the Paralympians featured, all of whom generously shared their stories with us. Bradford brought cinematic vision to the development process, with his talent for unique, emotive visual storytelling.”

Having graphically depicted the gruelling challenges faced by Paralympians, the film culminates with the line – “To be a Paralympian there’s got to be something wrong with you” before showing the Paralympic heroes smiling, celebrating and reaping the rewards of their efforts.

“The line summarises the truth that what differentiates these Paralympians from the rest of us is not physical, but is instead a level of determination, focus and ambition most of us could only imagine choosing. It is taking a piece of ill-used language, reimagining its intent and putting that power firmly in the hands of our elite athletes,” Atkin said.

Viewers have praised the broadcaster for the ad with people taking to social media to share their thoughts on the campaign.

“Superb work and message. Huge Kudos to the entire creative team,” one person wrote. While another said, “This brings my so much joy! I! LOVE! IT!”

“‘To be a Paralympian, there’s got to be something wrong with you.’ What a line! And what a video! Amazing!” one wrote.

“Absolutely bl**dy brilliant! Kudos to the creative geniuses who dreamt this up,” another commented.

What do you think of the ad?