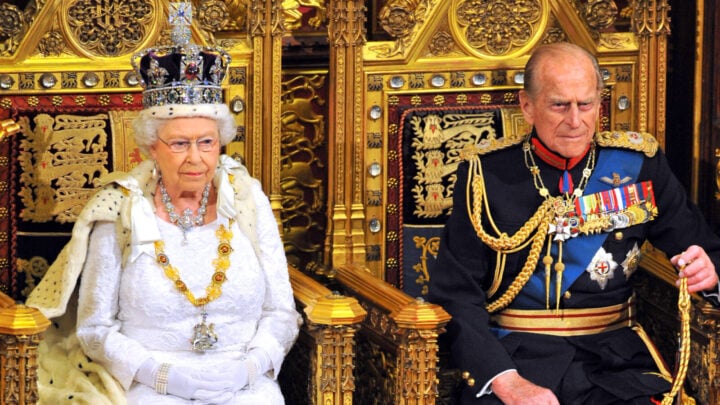 Thousands of royal souvenirs have been discounted after they were printed with a pretty serious spelling error. The souvenirs were manufactured in celebration of Queen Elizabeth’s Platinum Jubilee, marking 70 years since her accession in 1952.

13,000 plates and cups were printed with the words, ‘To Commemorate the Plantinum Jubbly” instead of “Jubilee”, however, the mistake has been welcomed news for Wholesale Clearance UK Ltd after they purchased the entire shipment with the hopes of reaping a pretty profit out of the fault.

The wholesale company is now selling the misspelled royal souvenirs for 90 per cent off their original price, marketing them for just $5 a piece.

CEO of Wholesale Clearance UK, Karl Baxter, likened the somewhat major error to Only Fools and Horses character, Boy Trotter who is popularly known for his iconic line, ‘lovely jubbly’.

“In classic Del Boy style, we naturally stepped in to help shift the Platinum ‘Jubbly’ stock,” Baxter wrote on his company’s website.

“What could be more unique than our limited-edition misspelled crockery,” he joked.

The company explained that they had been approached by the manufacturing company about potentially purchasing the stock.

“The manufacturers produced some wonderful souvenir items in an attempt to muscle in on the Queen’s upcoming Platinum Jubilee but were left high and dry when their fulfilment partner in the UK decided they would not take the souvenir stock due to a translation error,” the website wrote.

“So may we present to you, 10,800 items of limited edition Queen’s Platinum Jubilee tea sets, mugs and decorative plates for purchase.”

Unfortunately, the collection is not available for individual purchase but the Wholesale Clearance UK has suggested multiple ways the souvenirs could come to good use.

Some suggestions included having a “plate-smashing contest”, taking up “plate-spinning as a hobby” and having a “dangerous game of Frisbee”.

The Platinum Jubilee celebrations will take place on Sunday, where the Queen, 95, will officially mark 70 years on the throne. In the meantime, the Queen is reportedly residing at Sandringham Estate in Norfolk where she is set to remain until after February 6, the date of her late father’s anniversary.

In June, major celebrations will take place to celebrate the milestone, which will follow on with a four-day holiday in commemoration of the special event.

Celebrations for the upcoming Jubilee will include a baking competition in honour of the Queen’s Platinum Jubilee, with competitors invited by Buckingham Palace to create their best pudding recipe. The winner will have their recipe made available to the public, set to be celebrated at Jubilee celebrations on the June Jubilee weekend.

According to Nine, the Royal Collection Trust announced that they had already sold out a variety of souvenirs, including limited edition champagne glasses, clocks, and coffee mugs.