On the up: Aussie satisfaction with ‘Big 4’ banks reaches new high amid Covid-19 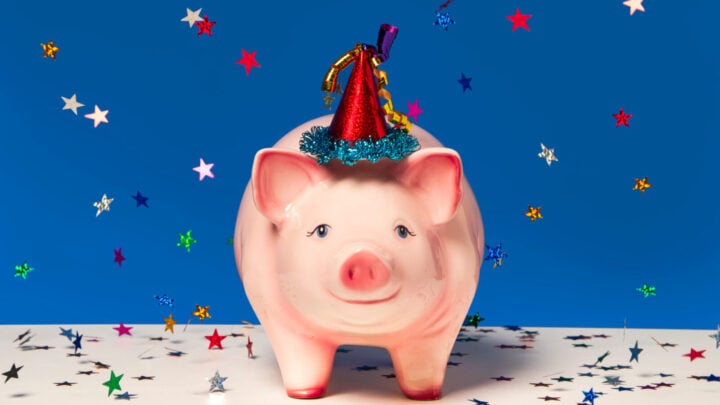 Overall satisfaction with ‘Big Four’ banks is higher than a year ago, but which were the top two? Source: Getty

New data has revealed Australians are more satisfied with their banks than they were before the coronavirus pandemic, with experts suggesting the banks’ financial support through loan and mortgage deferrals during the pandemic helped paint them as “good corporate citizens”.

Roy Morgan’s Customer Satisfaction report on Consumer Banking in Australia shows that overall 80.5 per cent of customers are satisfied with their bank as of April 2021. The data showed an increase of 1.3 per cent since April 2020 just after the Covid-19 pandemic began. The increase was made up of the increase in satisfaction for building societies (up 3 per cent on a year ago), foreign banks (up 2.3 per cent) and Australia’s ‘Big Four’ banks (up 0.3 per cent).

Michele Levine, Roy Morgan chief executive officer, said the findings reflected the successful way the banking sector responded to financial challenges faced by millions of Australians. She said the “actions of the banks have been appreciated” and reflected in the overall satisfaction of Australians.

“The month of April 2021 marked just after the one-year anniversary of the beginning of the Covid-19 pandemic when many businesses were forced to close during the first nationwide lockdown, which began on March 23, 2020,” Levine said.

“In the year since the nationwide lockdown began the federal government has provided hundreds of billions of dollars of support for the economy, most notably through the JobKeeper wage subsidy scheme, and Australia’s banks seized the opportunity to be good ‘corporate citizens’ by offering financial support to millions of Australians through widespread loan and mortgage deferrals.”

The research revealed satisfaction of the ‘Big Four’ banks had increased with the Commonwealth Bank the star performer on 78.8 per cent, however, this did reflect a 0.2 per cent decrease on the previous year. The National Australia Bank (NAB) made the biggest improvement on last year, increasing customer satisfaction by 1.9 percentage points to 78.6 per cent, just behind the Commonwealth Bank.

While the Big Four banks saw an overall increase, the biggest winner among banks as a whole was South Australian-based Beyond Bank, which was the highest-rated bank in April, on 92.7 per cent. This was up 1.8 per cent in 12 months.

Levine said the research predicts the “firm footing” of the Australian economy should lend itself to continued increasing customer satisfaction, even once vaccines are rolled out and the worst of the pandemic recedes.

“The end of March marked the end of most of the government and corporate support for Australians, although the expectations are that the Australian economy is on a sufficiently firm footing to continue growing strongly throughout 2021. The vaccine rollout has been widely criticised but over 2 million Australians have already received a vaccine dose,” she said.

“The positive expectations for the economy are a hopeful sign for Australia’s banks that their deft and customer-focused handling of the shock of Covid-19 can provide an enduring base to continue increasing customer satisfaction even after the worst of the pandemic has receded.

“We will continue to closely monitor satisfaction levels to see if the sector is able to retain and build on the gains made over the last 12 months.”

How satisfied have you been with your financial institution over the past 12 months? Do you feel you were provided with adequate customer support during the height of Covid-19?