Woman destroys photos of husband’s dead wife out of jealously 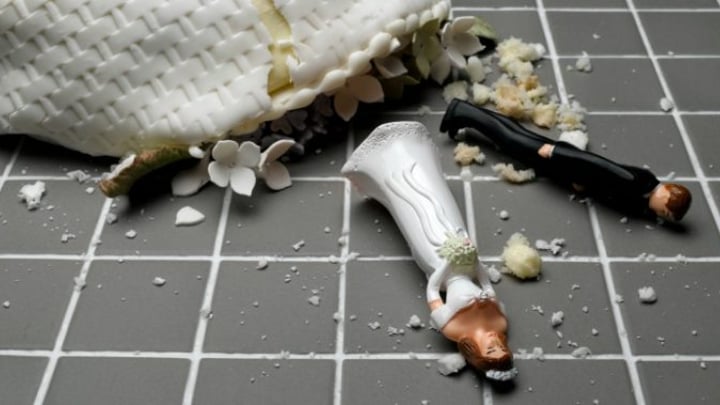 How far would you go to seek revenge? Source: Getty

The internet can be great for many things, but as this lady discovered, it’s not always the best place to turn to for advice.

An anonymous woman took to social media site Reddit to explain a tricky situation she found herself in.

The 35-year-old revealed that she threw away photos of her husband with his late wife.

She explained that she’d met her husband four years earlier and that it was love at first sight.

He was a widow and had a daughter and still had a tremendous amount of love for his late lover.

Despite marrying, the lady revealed that she grew extremely jealous of her husband’s dead wife: “At the beginning of our relationship, I was really jealous of his late wife. He had pictures of her around his home, his family loved her and talked about her, his daughter the same, his friends the same.”

She admitted it became extremely tough and that she even started comparing herself to her husband’s former wife: “I was comparing myself to her – she was beautiful, intelligent, successful. She was a great mother, friend, wife, whatever you can think of.”

This might be the most monstrous thing I've read on r/relationships and that is saying A LOT pic.twitter.com/V7gUZU0d2I

The woman said that she explained her feelings to her husband and that he made the effort to remove certain photos from the house. Still, it wasn’t enough to make her feel better about herself.

She said that the house never felt like her own and that they eventually moved into a new house.

During the move, she discovered a box of old photos of the dead wife and decided to throw them away.

She explained: “I don’t know why at that moment I snapped, but I did. I threw the ones with her away. When we were putting photos up in the new house, I didn’t put any of her except one with my stepdaughter.”

The lady even went as far as donating and binning other items that had belonged to her husband’s wife, and deleted digital copies of photos from computers.

She said she felt satisfied when she’d done it: “At the time, I felt like I won maybe? I don’t even know what I was thinking this would accomplish, but I did it.”

The lady said two years went by without her husband or stepdaughter noticing. She added she felt hurt that her stepdaughter didn’t open up to her the same way she did her own mum.

When her husband eventually found out, he was understandably devastated: “He is very angry at me and can barely look at me. I’ve asked him to go to marriage counselling, but he refuses.”

To complicate things even further, the woman is claiming that she’s pregnant with her husband’s child.

She admitted that she didn’t know how she was going to move forward in the relationship after her blunder and that despite trying hard, she’s been unable to replace the photos she destroyed: “I have tried to track down photos of her by other people and while I did find some from his parents and her friends, her parents died when she was young and she was raised by her grandparents who are now dead.”

While she was seeking advice on the internet, most took the opportunity to slam the woman for her decision.

One person wrote: “She felt insecure even though she had tied the knot… it bothers me that someone created a problem needlessly.”

Another said: “Wow. What did she think would happen? The daughter would never ask to see pictures of her mum?”

A third added: “She is the worst and she’s not actually contrite or remorseful. She’s just sorry she got caught and her husband is mad at her.”

Do you think the woman is in the wrong? Has something like this ever happened to you?