Remembering the debut of the mini skirt 50 years ago 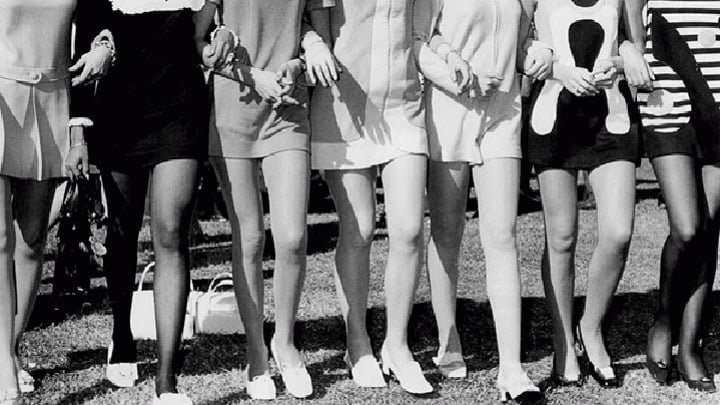 Do you remember your first mini skirt? How did those around you react to it?

This year marks the 50-year anniversary since its debut and taking the fashion world by storm.

The designer Mary Quant has spoken out saying that she couldn’t have imagined that in 1964 it would today be such a staple of women’s clothing, but added, “It seemed to be obvious, and so right”.

“I had myself in mind when I designed it.”

“I liked my skirts short because I wanted to run and catch the bus to get to work. It was that feeling of freedom and liberation,” she said.

Mary Quant began experimenting with shorter hemlines in the late 1950s, culminating in the creation of the mini skirt in 1964.

She said, “It was the girls on (London’s) King’s Road who invented the mini. I was making clothes, which would let you run and dance, and we would make them the length the customer wanted.

“I wore them very short and the customers would say, ‘shorter, shorter’.”

Here in Australia you probably remember when British model Jean Shrimpton caused quite a stir. She arrived at Melbourne Cup in 1965, wearing a mini dress five inches above her knees, with no hat, stockings or gloves. Imagine that!

What did you think when you saw it? How did you react? Or were you ahead of the trend and wearing mini skirts?

Jenny Lister, a curator at the Victoria and Albert Museum specialising in 19th century fashion has said that the mini skirt marked a turning point.

“It was very symbolic of the rejection of formality and the pushing back of boundaries.”

“Fashion then was very much led by older, wealthier women. It was the more mature look – tailoring and twin sets.”

“But with the mini skirt you can see the switch to young women leading fashion.”

“Young people who couldn’t afford Mary Quant were rolling over the bands of their skirts to make them shorter.

“There was an element of rebellion about it.”

The miniskirt was also very symbolic of the growing woman’s movement, with the image of a woman shifting from a wife and mother to an independent, confident and carefree girl who is proud of her sexuality.

Mary Quant in now 80 and lives in Surrey. She said she still most liked to see the skirt worn “short and leggy”, and revealed the names of those she thought had worn it best over the years.

Asked if she thought women were ever too old to wear a mini skirt, she said: “No, it depends on your legs. Nothing more, nothing less.”

Share with us today your mini skirt stories… When did you start wearing one? How did those around you react?