Grandmother torn after husband refuses to let grandson stay over 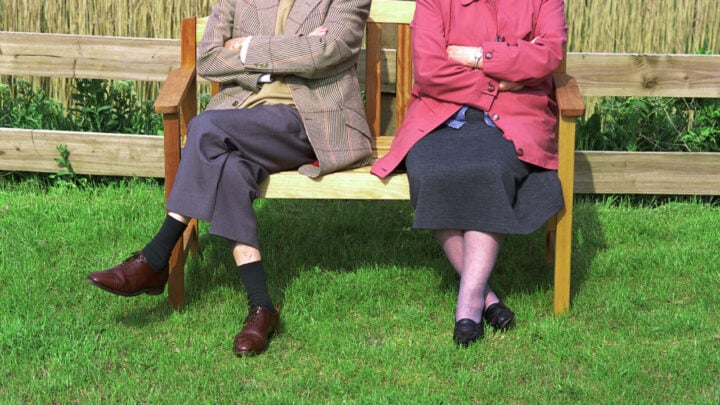 A mother has asked for advice after feeling torn between her son, grandson and her husband in a row over staying at their home. Source: Getty

A grandmother has taken to the internet for advice after her husband has said “no” to having her grandson visit, as it “disturbs” his sleep.

The British grandma, who goes by the online user name of Carmelle, said she was feeling torn after arguing with her husband. She explained on the parenting forum Mumsnet that her 21-year-old son still lives at home and is separated from the mother of his child. Her son has visiting rights every other weekend and one weeknight, however, the woman’s new husband – who is not her son’s biological father – has said he doesn’t want him staying over.

On the forum, the woman revealed her husband claims the child “disturbs” his sleep when he has to get up early for work. Her husband argues that her son needs to get his own place if he wishes to have the child stay over, however she doesn’t agree.

“Last year [my] son and his now-ex had a baby. I love my grandson to death and as far as I’m concerned my son can have him here anytime he wants or needs. But my husband is very aggy [aggravated] about it,” the woman wrote.

“He said it’s not practical to have [my] grandson overnight during the week as it disturbs his sleep and he has to get up early for work. He said none of us consider him and if [my] son wants to see his son more he needs to get his own place. (I don’t agree).”

The woman explained that the young father and his ex-partner have arranged for the child to come alternate weekends and a night or two during the week on the weeks he’s not there at the weekend, but she’s had to say no or risk arguing with her husband again.

“I’ve just had to say ‘no’ to my son having his son this week because my husband said no,” she wrote. “I feel real shitty about it. We’ve already had so many arguments over this, so I’m trying to be sympathetic to my husband, but it’s not sitting right with me.

“I don’t know if I’m being selfish, intolerant of my husband, or if he is being the selfish one! In my head, I think it would all be ok if [my] husband wasn’t here.”

Users flocked to the post to offer comments and advice, with many seeing both sides of the issue, while some said the young man was too old to still be living at home.

“I don’t think anyone is BU [being unreasonable]. If your DH [dear husband] says no to grandson staying over, then your son has to choose between not seeing his son or moving out and potentially living in relative poverty if he struggles financially, neither of which are a good outcome for your DGS [dear grandson],” one user wrote. “There must be a compromise somewhere. Another area of the house that DS [dear son] can sleep with his son so your DH [dear husband] isn’t woken? These early years are so precious and important for bonding that it would be a shame to prevent your DS from having that with his own child. Good luck.”

Others agreed that at 21-years-old her son should be looking to support his child on his own rather than relying on them. “I think YABU [you are being unreasonable], it is your DH’s home too and his thoughts and feelings should matter,” one person commented. “Your son is young at 21, granted. However, if he decided to have a child then he needs to be able to take care of him and that means not relying on you. He should look towards getting his own place and then have his son over as much as he wants. Who does the bulk of the childcare when your grandson is at yours?”

A tough situation! Who do you think is being unreasonable?