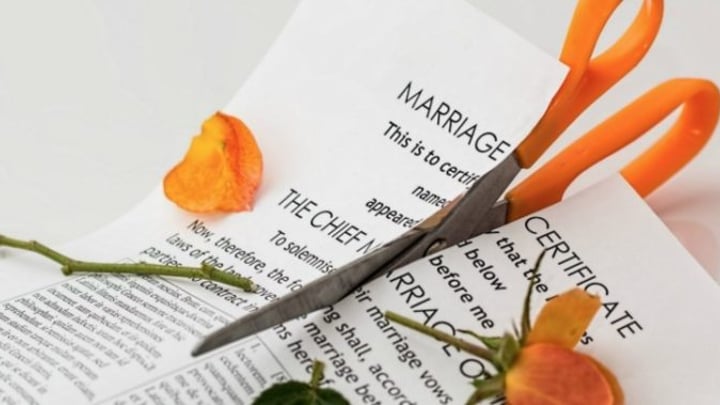 Divorce can be expensive and an emotional drain too.

A couple have finally ended their marriage following 15 years of divorce negotiations and more than $2million in legal fees, it has been claimed.

In what has been called Australia’s longest-running divorce battle, which the Sunday Mail reports first began in 2003, the couple – based in Queensland – have finally gone their separate ways.

Federal Circuit Court records, seen by the publication, reportedly confirm the divorce was finalised in March following court-ordered mediation. It’s claimed the court refused to make a ruling on a property dispute until the couple settled a business compensation claim.

“I spent $2million on legal fees,’’ the wife, who cannot be named under Family Court rules, told the news outlet, before claiming her ex wouldn’t produce documents or bank statements, and failed to put in affidavits on time.

She added: “It’s … cruel what the family law system does to people.’’

The wife claimed she agreed to 53 per cent of the property pool, leaving her with around $1.7 million. Branding the system “broken”, she went on to admit one party can drag their heels – putting pressure and endless emotional turmoil on the other.

Elsewhere, a former Queensland man told the publication he spent $800,000 in legal fees over a property settlement dragging on for five years.

It comes after the Australian Bar Association called for judges to punish people who fail to show up to hearings or refuse to disclose documents to delay a hearing.

Meanwhile, divorce rates in over-65s are rising around the world, and while it’s providing a sense of freedom and a fresh start to many, women are struggling to come to grips with one key issue: finance.

Figures released by UBS Global Wealth Management recently show the majority of married women leave their financial decisions up to their husbands because they believe their spouses know more about such matters.

However, a whopping 98 per cent of divorced or widowed women say they regret not being more involved in managing their joint wealth while married, and many now struggle to understand how to manage their money.

Did you struggle with a nasty legal battle during a divorce? Or are any of your loved ones experiencing it?