‘No! No! No!’: Nigella Lawson’s Marmite spaghetti recipe sparks debate 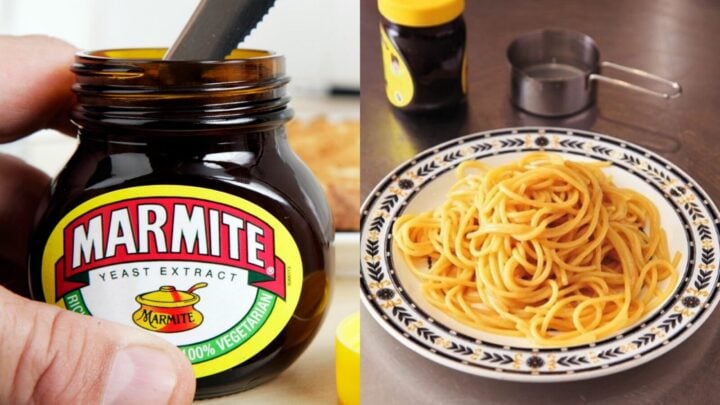 It’s safe to say when it comes to Vegemite (or Marmite) you either love it or hate it. And, if you throw some spaghetti in the mix, you’re bound to get a reaction. Well, that’s exactly what happened after English food writer Nigella Lawson shared her spaghetti with Marmite recipe on Twitter.

The foodie caused quite the stir on social media after she shared the controversial pasta dish, which left some of her followers absolutely “horrified”.

Taking to Twitter alongside a picture of the much-debated recipe, Nigella wrote: “So many of you know and love this already, and the rest of you are probably horrified by it: #RecipeOfTheDay is Spaghetti with Marmite (Australians may obviously use vegemite). And Italians, don’t shout at me: this comes via the great Anna del Conte!”

And perhaps unsurprisingly, it didn’t take long before the Marmite spaghetti recipe ignited debate among her followers.

Twitter user @TLCdover wrote: “I just recoiled in horror at this.” While @CatherineC67 agreed, saying: “Yep horrified again. As an Aussie, I recoil at the smell and sight of vegemite.” And @fraser_moule simply said: “No! no! no!.”

However, others claimed the dish was simply genius, with @DomRamsey writing: “This is your best work. The Marmite/butter combination is also amazing painted onto potatoes or oven chips if you’re that way inclined.”

And according to @Zevensoft “Vegemite on pancakes is also amazing” if you haven’t already tried that yet!

It comes just a few months after Vegemite lovers sparked an argument on the online forum site Reddit over the appropriate amount to spread on toast. One user shared a photo of six slices of bread slathered with different Vegemite amounts. The slices vary from one, which is smeared thinly, to six, which has been slathered on very thickly.

There were many supporters of large amounts of the spread, with users saying “I’ll just take the jar and a spoon” or “Who puts it on bread? Cut out the middle man”.

However, the fifth version proved to be the most popular, with one user writing: “5 or 6 are the only acceptable answers. Everyone who chooses something else is wrong and should feel bad.” While another joked that any Aussie who answered lower than five should have their citizenship revoked.

What are your thoughts on this? Would you try this pasta dish?