The yoga paradox: How yoga can cause pain and treat it 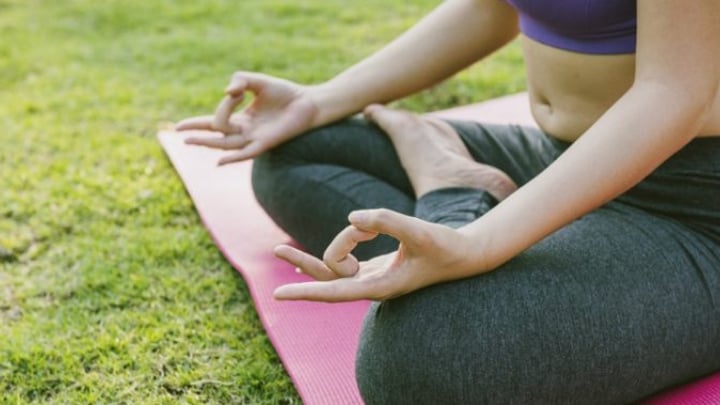 Yoga can be a wonderful way to clear the mind and stretch the body.

Yoga carries with it a higher than expected risk of a painful wrist, elbow and shoulder, possibly due to poses like downward dog, new research suggests.

But it’s not all bad news. The same study adds to growing evidence yoga can help manage low back and neck pain.

These findings highlight the complex relationship between yoga and musculoskeletal pain, the second most common cause of disability worldwide.

Our findings are not only important for people who do yoga or are thinking of taking it up, but also for yoga teachers and health care professionals who treat patients with musculoskeletal problems.

What did we do?

We surveyed 354 people who took at least one yoga class in the previous year in a yoga studio with two locations in suburban New York City. Participants were mainly women (95%) and were on average 45 years old. The studio offers classes in Vinyasa-style yoga, Iyengar yoga and prenatal yoga, among others.

Participants completed an online electronic questionnaire so we could assess their musculoskeletal pain at the start. We then contacted them again a year later to assess the effect of yoga on bone, joint and muscle pain in any body region.

At that point, we asked about the effect of yoga on their pain (whether they thought yoga had caused it, made it worse, had no effect, or made it better) and the intensity of pain.

When people reported yoga caused pain we asked them to tell us if they felt the pain during yoga class (and in what position), within an hour after yoga class or the next day.

What did we find?

Almost 87% of participants reported musculoskeletal pain within a year. Of those
who reported pain in at least one body region, most (66%) said yoga improved their bone, muscle and joint pain, particularly neck and back pain.

However, 21% said yoga made their pain worse and more than 10% said yoga had caused the pain particularly to the upper limbs (hand, wrist, elbow, shoulder). This was possibly due to poses, like downward dog, that need you to put weight on this part of the body.

A large number (44%) said yoga did not affect their pain. As participants were instructed to check all body regions where they had pain, some participants may have reported yoga helps in one region but causes pain in another region, so these numbers exceed 100%.

More than half of injuries were minor, while others resulted in time away from yoga (39%) or pain lasting for longer than three months (42%). People who had yoga-related musculoskeletal pain rated their pain between two and five (on a scale of zero to ten).

While we didn’t ask how these injuries came about, previous research suggests overexertion, inadequate instruction and poor technique increases the risk of injury.

How does this compare to other research?

Our study, which shows yoga causes pain in 10% of people over a year, has much higher pain rates than other studies, which have previously reported levels of 1% and 2.4%.

One reason for our higher numbers could be because we followed up participants over one year, which provides a more accurate estimate than previous studies that assessed people at one point in time.

Yet our study has good news for people who do yoga as it backs a common belief that yoga can help with neck and back pain. Our study also confirms recent research that shows the beneficial effects of yoga for chronic low back pain.

While our research goes part-way to investigating the complex relationship between yoga and pain, our sample was limited. So future research needs to look at yoga injuries among male and younger participants, which may be more typical of those who practice yoga in urban centres.

So, what’s the take-home message?

This article was originally published on The Conversation. Read the original article.

Do you practice yoga? How do you like to exercise?