Foods and drinks to avoid when taking statins and other medications 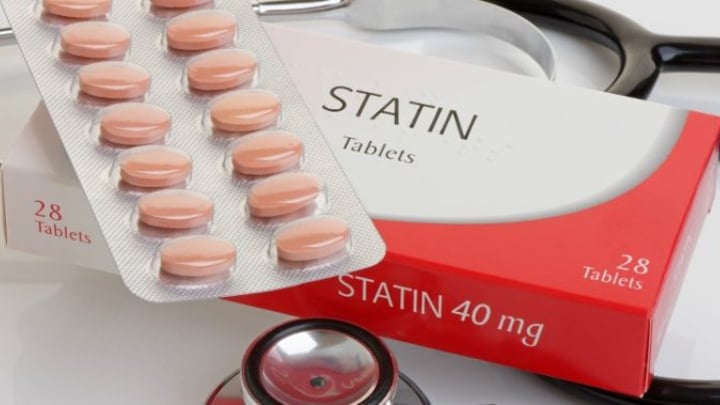 Most people are aware medication can interact with other drugs and an expert has warned the foods and drinks to avoid when using other common medication such as statins. Source: Getty

While it’s common for many Baby Boomers to use a combination of medications to treat an array of different health problems, a London-based community pharmacist has warned that medication can interact with foods, drinks and herbal remedies, as well as other drugs.

Writing for The Conversation, Pharmacy Teaching Fellow and PhD student Philip Crilly explained that certain things should be avoided completely when taking particular types of medication.

High on his list were statins. Statins are a form of medication that are prescribed by doctors to lower cholesterol. It’s not uncommon for a health professional to prescribe statins to people living with or most at risk of developing cardiovascular disease. The purpose of the medication is simply to prevent the risk of heart attacks, strokes and other health problems that can occur as a result of cardiovascular disease and when low-density lipoprotein cholesterol or ‘bad’ cholesterol is too high.

Statins drugs are often prescribed to people who have experienced heart attacks, those diagnosed with coronary heart disease, as well as people who are at greater risk of suffering a major cardiovascular event such as a stroke.

According to Crilly, grapefruit juice should be avoided by people who use statins. While people are regularly told to increase their levels of fruits and vegetables, grapefruit juice can actually slow down the breakdown of statins, which in turn, can create more side effects because there’s more medication in the blood and system.

Read more: The facts to know when it comes to taking statins

Similarly, patients prescribed Warfarin, known as the brand names Coumadin and Marevan in Australia, should avoid leafy greens where possible. The medication is used to treat and prevent blood clots, although leafy greens, supplements and other foods that contain Vitamin K can actually remove the drug from the body’s system quicker.

The medication is taken to prevent health issues such as stroke or deep vein thrombosis, so there is a chance the risk could increase.

As Crilly recommended, it’s always best to speak to a health professional or prescriber if there has been a change in diet. This will ensure the right levels of the medication are prescribed to avoid potentially life-threatening health episodes.

When it comes to antidepressants known as selective serotonin reuptake inhibitors (SSRIs), it’s not food that needs to be avoided, but another major form of medication. According to the Conversation article, anti-inflammatory painkillers such as ibuprofen can increase the risk of internal bleeding if mixed with an antidepressant.

Worrying symptoms to look out for include dark stools when going to the toilet, painful stomach cramps, feeling tired, faint or dizzy, or even noticing blood in vomit. While avoiding either of the drugs is difficult for some people, Crilly noted stomach protecting medication may also be prescribed.

It should be noted these medications can sometimes have other side effects so again, it’s always best to chat with a health professional to see which option is best for individual needs.

Another combination to avoid is alcohol and an antibiotic known as metronidazole. Most health professionals don’t advice drinking while taking prescription medicine in the first place, however, it is a rule that needs to be followed when using metronidazole.

It can cause severe nausea and vomiting. It’s also important not to drink alcohol within the first few days after finishing a course of metronidazole, as it can take several days for the drug to leave the system.

Most medications have side effects and it’s vital to follow instructions on the packet and provided by a GP or pharmacist. If unsure, always consult with a health professional before changing medication or diet.

Have you ever experienced any problems by mixing medication with other foods or drinks? What impact did this have on your health?