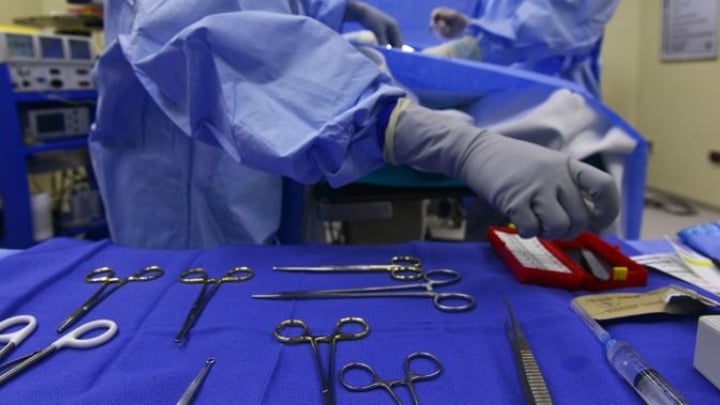 As the government continues to reshape health insurance products to make them easier for Australians to understand, women could be forced to fork out more for top health cover if they want to continue being insured for breast cancer treatment.

An alarming report by the Daily Telegraph claims women would be paying more to be covered for breast cancer treatment, while men’s prostate cancer cover would be offered under the cheapest policy.

As part of the government’s remodelling of the private health sector, products will be categorised as gold, silver, bronze or basic, depending on their level of coverage. The changes are expected to be rolled out by April next year.

According to the Telegraph’s report however, breast cancer treatment could be covered by more expensive health fund policies, while other cancers, including prostate cancer, will be under the cheapest policies.

A spokesperson for Health Minister Greg Hunt told Starts at 60 nothing had yet been finalised.

“The details of minimum cover required under the gold, silver, bronze and basic reforms are continuing to be finalised by the private health ministerial advisory committee,” the spokesperson said. “Final decisions have not been made.”

Still, the spokesperson said Hunt had made it clear to the committee he wants maximum cover to be made available to women.

“The Minister has indicated to the committee, in the strongest terms, that the reforms should aim for maximum cover for breast surgery including treatment of cancer, breast reconstruction and women’s reproductive surgery,” the spokesperson said.

Several cancer groups around Australia including Breast Cancer Network and the Cancer Council have expressed their concerns with the health minister over the proposed changes. At present, some women are left up to $38,000 out of pocket for breast reconstruction surgery – even with health insurance. In some cases, women are being forced to dip into their superannuation to cover costs.

Prof Sanchia Aranda, CEO of Cancer Council Australia said the council and Breast Cancer Network didn’t want the simplification of the health insurance system to come at the cost of breast cancer patients.

“While we support moves to simplify Australia’s private health insurance system and introduce more transparency, we are concerned that the new standard clinical definitions related to breast cancer and how these relate to the proposed ‘gold, silver and bronze’ policies will restrict women’s access to treatment in the private system,” Aranda told Starts at 60. “Our particular concerns relate to ambiguity around to what might be considered ‘medically necessary surgery’ for breast cancer patients. Too often we hear from women with breast cancer whose private health funds fail to cover surgery related to their illness, deeming associated surgery such as nipple reconstruction or prophylactic mastectomy to be cosmetic.”

Prof Aranda added the Cancer Council’s concern to proposed changes that categorise cancer treatment according to the biological system, meaning women with breast cancer can only choose to have treatment in the private health system if they have silver or gold status private health cover.

As previously reported by Starts at 60, health insurance premium rises have long outstripped inflation and even this year’s expected 3.95 per cent increase is considered too high by many consumers for products that have increasing numbers of exclusions. Last year’s increase, at 4.8 per cent, was the lowest in 10 years after the health department reformed the treatment of some medical prosthetics, but was still double the rate of inflation. Australia’s had 1.9 per cent inflation in the most recent reading.

What do you think? Are you concerned you may be forced to pay more for insurance to be covered for breast cancer?