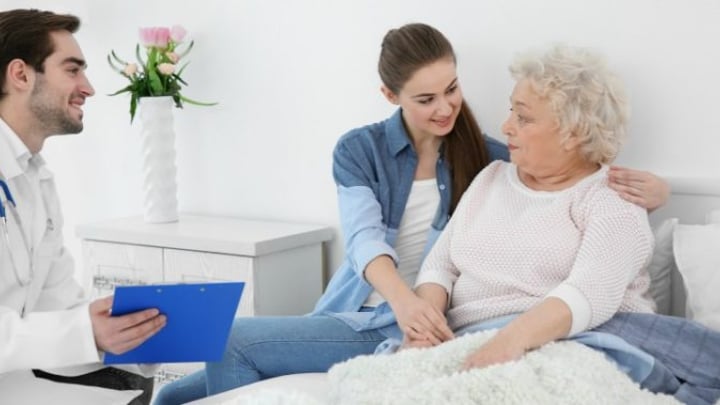 Good news in a health breakthrough.

In a world first, Gold Coast researchers have made an important breakthrough in understanding the cause of Chronic Fatigue Syndrome.

“The research team, led by Professor Sonya Marshall-Gradisnik and Professor Don Staines, have identified a dysfunctional cell receptor in the immune system which seems to be at the core of the problem,” Ms Enoch said.

“This discovery is great news for all people living with Chronic Fatigue Syndrome and the related Myalgic Encephalomyelitis, as it confirms what people with these conditions have long known – that it is a ‘real’ illness – not a psychological issue.

“CFS and ME are notoriously difficult to diagnose, with sufferers often going for years without getting the proper care and attention they need. Currently, there is no effective treatment.

“The Griffith University breakthrough now means we have a target for therapeutic intervention, which is welcome news to the 250,000 Australians believed to be affected by CFS and ME.”

“According to ME/CFS Australia, the cost to the Australian community of CFS/ME diagnosis, treatment and management is estimated to reach more than $700 million annually,” Mr Dick said.

“But that is nothing compared to the devastating impact the conditions have on sufferers, along with their families and friends.

“I am thrilled that funding from our Government is playing a hand in changing people’s lives for the better.”

Professor Marshall-Gradisnik said Queensland Government funding had been critical in progressing the research.

“The Queensland Government has funded NCNED continuously since 2008, totalling about $1.6 million all up, enabling the research centre to be a world leader in chronic fatigue research. This is the largest direct contribution of any government anywhere in the world to chronic fatigue syndrome research,” Professor Marshall-Gradisnik said.

“It clearly demonstrates what can be achieved with critical government funding.”

The NCNED also received a $4 million grant from the Stafford Fox Medical Research Foundation – the largest grant ever provided for CFS/ME research.

Professor Don Staines said this funding would be used to investigate the commercialisation of a diagnostic test the research team were developing as well as potential treatments.

“This is a huge boost to our research effort, enabling us to really look at how we can overcome this debilitating illness,” Professor Staines said.