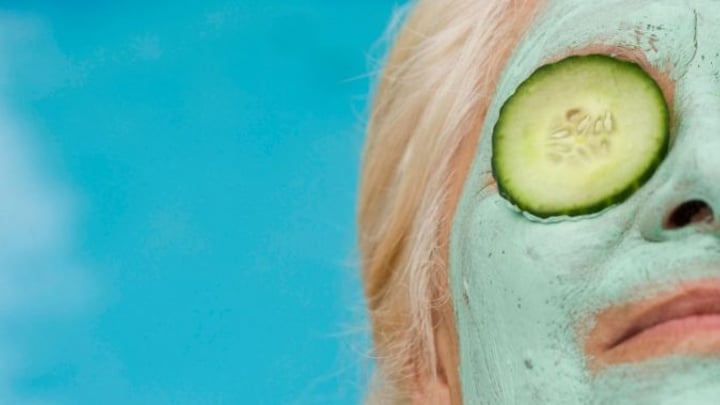 There are plenty of ways to treat the skin condition. Source: Getty

Do you suffer from rosacea? If so, you are not alone: this common skin condition affects 1 in 20 Americans, and remains widely misunderstood by the medical community.

Rosacea is a chronic and inflammatory condition that mostly impacts those with fair skin. It is often characterised by the appearance of red pimples and spider veins around the cheeks and nose. In some cases, it can also lead to dandruff, dry skin, and itchiness in the eyes.

Because of its visual similarity to acne and eczema, rosacea is often misdiagnosed. To make matters worse, the condition gets worse when it’s left untreated.

Here we discuss some of the known causes of rosacea, as well as the treatments that are most commonly prescribed by dermatologists.

While the definitive cause of rosacea is unknown at this time, there are a few factors that are prevalent among those who suffer from this common skin condition:

Rosacea is statistically most common in those who have a lighter complexion.

2. Abnormalities of blood vessels in the face

Dermatologists believe that persistent redness in the face may be caused by an inflammation of the blood vessels. However, the causes of this inflammation are unknown.

A species of microscopic mites known as Demodex folliculorum are common residents of the human skin. While they usually do not pose a threat, patients diagnosed with rosacea have been found to present a higher number of these mites than those without rosacea. Whether this is the cause or an effect of rosacea is unknown, however.

Gut bacteria, or H. Pylori, help produce a protein known as bradykinin. This protein causes vessels in the blood to dilate, which may be the cause of rosacea in some cases. However, this theory remains to be proven.

Those with a close family member who has rosacea are at an increased risk of suffering from the condition themselves.

In addition to these possible causes of rosacea, Medical News Today cites a few factors that can trigger a flare-up:

While there is no known cure for rosacea at this time, there are treatment options to help diminish the symptoms. It has been shown that a combination of both medicine and lifestyle changes produces the best results for those suffering from rosacea.

According to Zwivel, topical medications such as Azelaic acid may be prescribed and applied directly to the skin. Other commonly prescribed treatments include antibiotics, benzoyl peroxide, and tretinoin. These gels and creams generally produce slower results than oral antibiotics.

Oral antibiotics such as minocycline, tetracycline, and erythromycin are generally prescribed to reduce inflammation.

Since many people with rosacea have pronounced and visible blood vessels, doctors sometimes recommend laser treatment to help shrink the vessels. Laser treatment can be painful for some patients, and also can cause side effect such as swelling, sensitivity, bruising, and crusting of the skin. In a very rare number of cases, infection may also occur. The cost of laser treatment for rosacea can range from $150 to $500 or more, depending on the size of the affected area and the extensiveness of the condition.

When applied in conjunction with medical treatments, lifestyle changes can also help reduce the effects of rosacea. The American Academy of Dermatology recommends the following:

Protect your face during high summer temperatures by wearing sunscreen that has an SPF of at least 15.

In the wintertime, make sure to cover your face with a ski mask and/or scarf.

As much as possible, refrain from touching your face, as this can cause sensitivity and worsen inflammation.

Refrain from using facial washes that contain alcohol. Only use gentle cleansers.

Moisturiser is an essential aspect of a skincare routine. However, if you are using topical medication, make sure your skin is dry before applying moisturiser.

9. Watch what you eat

Avoid eating spicy food and consuming alcohol, which have been linked to flare-ups.

When shaving, try using an electric razor instead of a normal razor, as they aren’t as likely to cause a flare-up.

Over-the-counter steroid creams should be avoided unless their use is instructed by your doctor. These have been known to worsen symptoms in the long run.

Stress can trigger rosacea. Engaging in activities such as yoga, tai-chi, and meditation can help reduce stress.

While rosacea is not life-threatening, it has been known to dramatically effect one’s self-confidence and overall well-being. If you are worried that you might have rosacea, don’t delay – discuss your condition and treatment options with your health care provider as soon as possible.

About the author: Chris Barry is a freelance writer based in Montreal, Canada. Visit his website: www.looselips.ca

Do you suffer from rosacea? What have you found to help?