Young Talent Time turns 50! Remembering the songs, the laughs and the stars 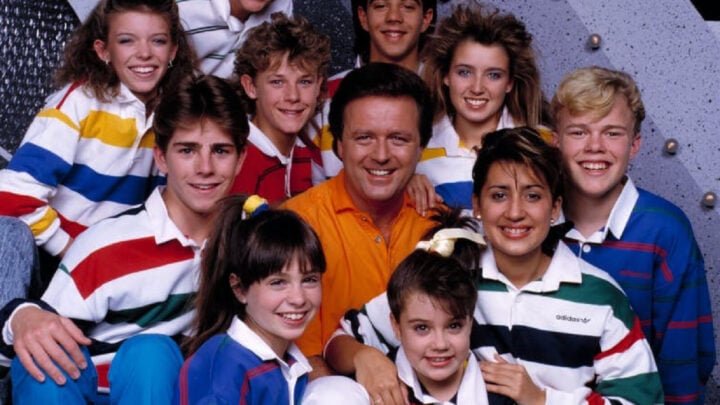 Accordingly, the National Film and Sound Archive (NSFA) has curated a digital tribute to the program that is in turns nostalgic and cringe-worthy. There is also a 50th anniversary stage show in the works.

Young Talent Time (YTT) first aired April 24, 1971 and ran for 18 years. It was launched at a time when music television was still dominated by local performers doing covers of (or even just lip synching) hits from the American and British hit parades.

YTT was Saturday evening viewing for a generation of families. It helped shape not only its young stars but also viewers’ musical tastes.

Produced and created by Johnny Young, YTT was a play on his surname as well as the faces on screen. Young was a record producer, composer and pop star who had already appeared on music television as a young (sorry) performer and host of The Go Show and Club Seventeen.

He had a sweet face and voice, and was exactly what the teenagers of the day wanted, while still being clean-cut enough to avoid worrying their parents.

Perhaps Young’s biggest claim to fame (pre-YTT) was writing The Real Thing, Russell Morris’ hit song that still stands as the sound of a psychedelic generation and movement. The song is also remarkable for Young’s collaboration with another television icon, track producer and future Countdown host Ian “Molly” Meldrum.

Unlike Countdown (which hit screens a few years later) or Bandstand, YTT wasn’t necessarily about the stars of today but the stars of tomorrow. The idea drew some inspiration from The Mickey Mouse Club on US television and extended off screen with Johnny Young Talent Schools popping up (and still operating) around the country.

Sure, there were other talent quests around, but YTT was more of a celebration rather than a cut-throat competition.

The “musical family” feeling was built into each episode with its regular all-in finale singalong of The Beatles’ All My Loving. The host, who today goes by John Young, recalls, “People used to tune in, just to see that”, tempting us to imagine a whole nation apparently tuned in for wholesome entertainment. It was always followed by Young’s smiley send-off: “Goodnight Australia!”

Beyond the bright young things, catchy tunes and shiny sets were significant developments in the Australian entertainment industry. The show’s long run served as a bridge between old and new forms of music television.

When YTT began, radio was still king and Australian artists were largely dependent on international markets and trends to make their way. With the odd exception (like Young himself), the Australian music industry still prioritised songs and artists that had “made it” overseas.

By the end of YTT’s run, the tide was starting to turn. Local artists and audiences wanted to see and hear more of their own performing their own work.

The biggest stars from the show, including Debra Byrne, Danni Minogue (and sister Kylie Minogue who appeared as an occasional YTT sibling guest) and Tina Arena, all went on to have careers presenting work in their own distinctive voices.

There was a limited 2012 YTT reboot hosted by Rob Mills, but it didn’t really take. Music television today like The Set, which will start its new season on YYT’s anniversary, is dominated by original work by a diverse range of Australian artists.

Past viewers have often wondered: where the YTT stars are now? Some of its stars have returned to television talent quests to try their luck. Others have had the good grace to laugh at their younger selves (hello, Bevan the Musical).

But how many snapshots into the lives of “ordinary Australians” remain captured in the YTT archive? For every Tina, Danni, Bevan or Vince, there were thousands of kids in the audience at home or in the studio cheering them on and connecting through music.

The NFSA celebration is understandably chock full of Minogues and mini-epic feats of costuming, choreography and pizzazz. But somewhere in storage there might be the many audition tapes, one-off appearances, studio audience snippets and letters to the stars. Not to mention the DIY shows in backyards, bedrooms and playgrounds around the country, perhaps captured on cassette or VHS. What could we learn from those wonderful pieces?

Young Talent Time was significant for its national reach and accessibility — a way for audiences, especially young audiences, to connect through music. While there were many flashes in the pan that fizzled, others have continued to burn bright. The joy for the audience (then and now) is the glow of having a go.

Read more:
Michael Gudinski: how a titan of the industry shaped Australian music for five decades

Did you used to watch Young Talent Time? What was your favourite part of the show?