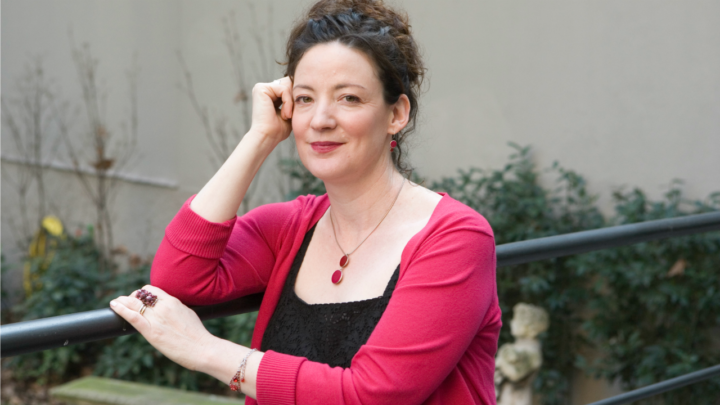 Monica McInerney has made a name for herself as a talented writer over the past two decades. Source: Getty.

There’s a good chance you’ve seen Monica McInerney’s name scrawled on a book or two, or heard her name pop up in conversation, and for good reason. The Australian-born Dublin-based author has made a name for herself as a talented writer over the past two decades thanks to her impressive collection of books. And the 55-year-old is up to her old tricks again with the release of her latest novel The Godmothers.

Despite being fiction, Monica revealed to Starts at 60 the novel was actually inspired by two family stories; a mysterious family tragedy and a letter exchange between her sister and an old friend.

“In 1957, my father’s half-sister died aged 44 in an apparent drowning accident on the family farm,” she said. “As a child, I always had a feeling there was more to it than an accident. My father said he didn’t know more, but I suspected my other aunt – who was also my godmother – did. Try as I might, however, I couldn’t get her to share any details with me.”

Monica continued: “In more recent years, my sister was given a 50th birthday present from her oldest friend – a bound collection of the long letters and emails they’d exchanged through five action-packed years of their friendship. My sister has made her husband promise to destroy that book if anything ever happens to her. She never wants her children or her siblings to read it. Which of course makes me really want to read it.”

Monica went on to say that despite these two stories being very different they had one thing in common; family mystery — a common theme which would later inspire her to write The Godmothers.

“The Godmothers is a family mystery, a story of lies, secrets, loss and hope,” she said. “It follows 30-year-old Eliza as she goes on a pilgrimage across the world to discover the identity of the father she never met and the truth about her mother’s troubled life, helped — or is it hindered? – by her two godmothers.”

Asked whether godmothers are still relevant, Monica, a godmother herself, replied with: “I think we all need as much support and guidance as we can get. Godmothers can take a special place in a child, and adult’s, life — akin to an aunt, more than a friend, but in a special category of its own because it is a chosen role.”

And Monica can vouch for that, revealing her relationship with her godmother Nan, who was also her aunt, wouldn’t have been as significant if she didn’t have that extra tie.

“My godmother was my dad’s sister, Aunty Nan,” she said. “Sadly, she died in 2008, at the age of 84. I tried hard to get to know her, but she was intensely private. I still think that our goddaughter/godmother relationship gave us a stronger bond than had it just been niece/aunt.

Monica also opened up about being a modern godparent in today’s world, saying that religion doesn’t necessarily play a big part in it as much anymore. The writer is a godmother to her 25-year-old niece Ulli and one of her oldest friend’s 13-year-old son Paul.

“I think the beauty of being a modern godparent is you can shape the relationship any way you wish,” she added. “You can be [a] friend, confidante, advisor, or you can simply send a birthday card once a year.”

Monica has been living in Ireland on-and-off for the last 30 years or so but has been unexpectedly living in South Australia since February, due to Covid-19.

“I came back on a family visit and was scheduled to return to Ireland the day the borders closed and international flights were grounded in late March,” she said. “Fortunately my lovely mum has been very welcoming to her surprise new flatmate.”

However, Monica revealed she does miss her husband terribly, revealing: “I’ve been very homesick for him, but also treasuring this time with Mum and my family here. I’ve felt pulled between Australia and Ireland for the past thirty years so that possibly helped prepare me for the current situation.”

Monica has also been keeping busy working on her next novel and is currently in the process of copyediting her first children’s book, the first in a series.

Have you read a Monica McInerney novel before? Do you have a godmother or, are you a godmother?