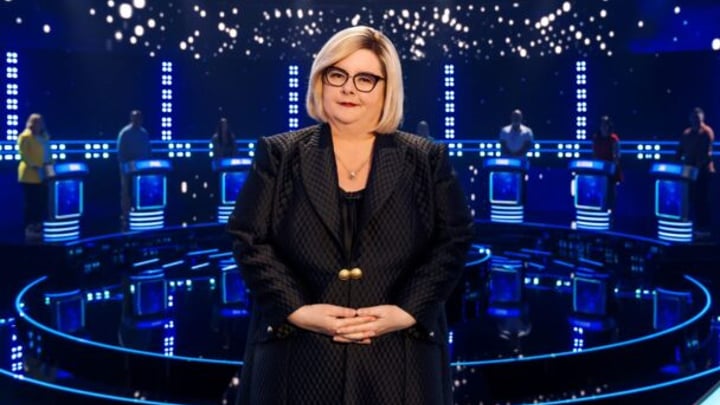 So when Szubanski announced in March that she would be hosting the revived quiz show, Aussies struggled with the idea of her stepping into the infamously icy role of her predecessor, the late Cornelia Frances.

At the time, the queen of Aussie comedy was quoted as saying, “I’ve pretended to be nice my whole career – now I finally get to play myself. No, I will not be making the contestants look stupid. They’re perfectly capable of doing that themselves.

“Weakest Link is right up my alley. I love to watch people squirm, and not in a sexy way. I look forward to hosting some of Australia’s best and brightest… just not on this show.”

Despite the comedian’s assurance that she wouldn’t be playing nice, Australians couldn’t quite get their head around the choice, and unfortunately it seems she did little to hit the mark on Tuesday night. As the show kicked off at 9pm on Channel 9, it didn’t take long for the public and media outlets alike to take to the internet to share their disappointment.

Andrew Hornery, journalist for The Sydney Morning Herald, said the decision to cast the much-loved comedian as the host was “surely a mix up”. “For millions of Australians, myself included, Magda Szubanski is anything but a bitch,” he wrote. “Even Gina Riley would seem to be more believable in the nasty Weakest Link role given her credentials playing Sharon’s ‘best frienemy forever’ Kimmy Craig.”

Or as news.com.au night editor Matt Young succinctly put it, “Magda is no Cornelia.”

The public were just as unforgiving of the comedian’s performance as a “mean girl”, with viewers taking to Twitter to share their thoughts. One suggested that the controversial media personality and former Big Brother host Gretel Killeen would have been a better choice. “Her quick wit and school teacher [demeanour] works better in this show.”

Gretel Killeen would have been a better host. Her quick wit and school teacher demina works better in this show. #WeakestLinkAU

Many were quick to compare Szubanski’s performance with that of her predecessor, the “Queen of Mean” Cornelia Frances. One viewer harshly commented that Frances would have been “horrified”.

10 mins into #WeakestLinkAU and I couldn’t cringe harder. Magda’s overacting and scripted put downs are unbearable. Cornelia Francis would be horrified at what they’re doing to her legacy.

Nobody can say GOODBYE quite like Cornelia Frances. RIP ???????? #WeakestLinkAU

The show, which originated in the UK in 2000, has historically cast a “mean” host. The last host of the Australian show, Cornelia Frances — who passed away in May 2018 after a battle with cancer — was a firecracker and was seen as a great mirror to the UK’s host, Anne Robinson. Frances’ previous roles had all been villains, which made her an obvious and celebrated choice for the “Queen of Mean”.

Last week, while conducting publicity interviews for the show, Szubanski made it clear she wouldn’t be attempting to replicate her predecessor’s demeanour, and instead hoped to add a hint of comedy to the show. “I’ve played an array of characters over the years, and yes, Sharon is probably freshest in everyone’s memory, but Chenille [a character from Fast Forward] wasn’t really that nice at all … I think you will find shades of all those characters coming through on Weakest Link,” she explained to The Sydney Morning Herald.

“One of the funniest things is the contestants on the show are actually looking forward for their take-down — they really want it. But also this is Weakest Link for 2021, it’s different from how it was before, and frankly I wouldn’t have done it if they still wanted those sorts of brutal take-downs. In this version there is much more humour applied than just being nasty.”

What did you think of Magda's performance?