‘I wanted to bring Dad home’: Lisa Curry’s emotional farewell to her father 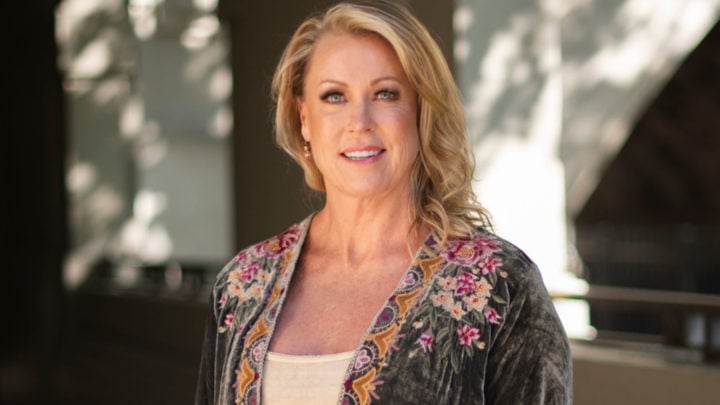 Lisa Curry bid an emotional farewell to her father Roy in his home country of Ireland, having taken some of his ashes with her as she set out on a journey to learn the truth about her family history.

The former Olympian appears in the most recent episode of SBS series Who Do You Think You Are? – which airs on Tuesday, June 9, at 7.30pm – where she delves into the unknown and discovers the truth about her family history.

Lisa’s father Roy arrived in Australia as a ten pound Pom in the 1950s and tonight’s emotional episode sees Lisa travel to Ireland where she bids a heartfelt goodbye to her late father as she scatters some of his remains into the River Liffey.

“I’ve decided to say goodbye to my dad in my way. I have some of his ashes here and I’m going to leave a bit of Dad here, in Dublin where he grew up. I wanted to bring Dad home,” she says, before kneeling down and scattering the ashes into the river. Lisa then reads a poem in memory of her father.

“I feel closer to him from this,” Lisa adds.

Lisa – whose incredible sporting career spanned more than two decades – also learns about her paternal ancestry in tonight’s episode, particularly her great grandfather James Curry whose career in the police force took an unexpected turn for political reasons, seeing him forced to relocate to Ireland’s south. However it is her father’s ancestors, who she previously knew nothing about, that Lisa credits with her fighting nature.

“I see a lot of fight in the Curry family, being in the police force, in the riots and the war,” Lisa says. “They were fighters. I believe that’s in-built in me.”

Do you watch Who Do You Think You Are?