‘Bridgerton’ Season 3: What we know so far and what may come to the ton next season 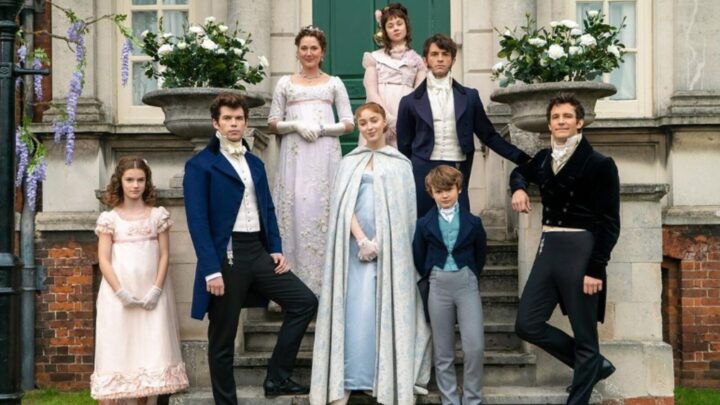 Audiences have only just caught their breath after the second season of Netflix hit Bridgerton but already fans are desperate to discover what’s next for the Bridgerton family.

So, if you’re one of the millions who binged the whole season in a week or less, you’ll be delighted to hear that a third and fourth season of Bridgerton is already in the works.

Dearest readers, this author brings a most exciting announcement… pic.twitter.com/sV0QiYcn8z

Speaking to Hollywood Reporter, Bela Belajara, Netflix’s Vice President of Global TV hinted that there are “some exciting plans for the future, and we think audiences will continue to swoon for this show. We’re planning to be in the Bridgerton business for a long time to come

“Bridgerton swept us off our feet. The creative team, led by Shonda, knew the material and delivered a beautiful, emotional, romantic drama for our members,” she said.

While Netflix themselves haven’t announced when the newest season will be ready for streaming, actress Nicola Coughlan, who plays Penelope Fetherington aka Lady Whistledown, told Women’s Wear Daily’s Instagram that filming for season three is expected to start this summer, meaning audiences could be treated to new episodes around spring or summer 2023.

What can fans expect from Bridgerton season three?

If Netflix and director Shonda Rhimes choose to continue following the order of Julia Quinn’s series, then next season will focus on Benedict Bridgerton, played by Luke Thompson, and his love story with Sophie Beckett.

Benedict and Sophie fall for one another after meeting at the annual Bridgerton Ball, Sophie disappears after midnight, and like all feel-good romances love conquers all and the couple lives happily ever after.

However, in an interview with Entertainment Weekly Thompson alluded the new season may not totally follow the book’s storyline.

“The thing is, the books are the books, and the show is completely rooted in the books, but it’s not tied to the books,” he said.

Rhimes has also hinted at the possibility of the show not following the book’s intended order.

Speaking with Entertainment Tonight, Rhime said, “We’re not necessarily going in order—but we are going to be seeing each one of the siblings and their stories.”

If Bridgerton producers do choose to rearrange the order of the Birdgerton sibling’s love stories, many fans believe that the end of season two has best set up the next season’s lead for either Eloise (Claudia Jessie) or Colin Bridgerton (Luke Newton).

Who will star in Bridgerton season three?

While many fans were shocked to learn that Duke Simon Basset (Regé-Jean Page) would not return after season one, it’s likely that most of the show’s principal cast is contracted to return.

Speaking to Esquire, Quinn suggested the hints as to who is expected to return to the show lies in the framework of her novels.

“If you get another one, you’re going to get two different main characters, but you’ll have the same supporting cast,” she said.

And because every respectable queen has an origin story, gossip-driven Queen Charlotte will be getting her own Bridgerton prequel documenting her rise to power. The upcoming prequel will also establish Lady Danbury as “a guiding light for the new Queen, all while finding her own voice and power”.
Both seasons of Bridgerton are available to stream now via Netflix.
EntertainmentMedia
Share:

Are you a 'Bridgerton' fan?