Di Morrissey: How Dorothea Mackellar inspired me to become an author 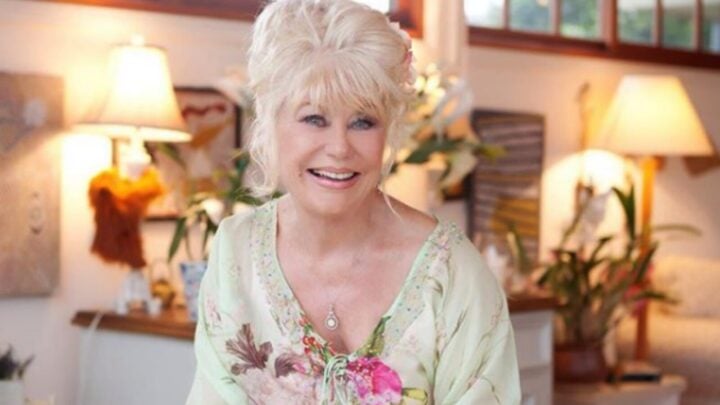 Di Morrissey has made a name for herself as a talented writer over the years. Source: Di Morrissey/Instagram.

With 27 best-selling novels under her belt, it’s no surprise Di Morrissey has built a cult following over the years. Many of Di’s books are set in a variety of beautiful locations across the globe, from Queensland to the Kimberley, and Burma (also known as Myanmar) to Bali. Now, the Australian novelist, 77, is taking readers to Storm Harbour, a fictional idyllic Victorian beach town in her latest novel Before the Storm, which hit bookstands last month.

Despite being fictitious, Di revealed to Starts at 60 the novel was actually inspired by her late grandfather and the community newspaper The Manning Community News which she’s run single-handedly for the past five years while juggling her novel writing.

“My cousins have been able to buy back my grandparents’ house, that my grandfather built… so we’re all trying to restore [it],” she says. “And that made me think a lot about my grandfather and how special he was and that relationship. So, I think that’s where it all came from.”

Since childhood, Di has always been fond of books. But, her love for writing and hopes of one day becoming an author stemmed from an encounter with an old lady who lived nearby — Di only realised years later her peculiar-looking neighbour, who wore long black skirts and a straw hat, was, in fact, Australian poet and fictional writer Dorothea Mackellar.

“I used to think of her as a witch because she use to wear a long black skirt and a straw hat,” she recalls. “The grown ups used to say ‘you cannot go down there and don’t bother her’.”

However, one afternoon, Di, who was about seven at the time, decided to go down and inspect for herself.

“I… poked around her big garden and she caught me,” Di recalls. “She tapped me on the shoulder with her walking stick and said ‘what are you doing?’ and I said ‘oh, um I’m looking for fairies’, so she said ‘oh well, that’s a good thing to do’, but anyways she took my inside for a cup of tea.

“She had this enormous library [of] books. I’ve never seen one person have you know so many books… and I said ‘oh, you know I love reading’. And she said ‘do you like poetry?’ and I said ‘oh yes, and I can recite Henry Lawson’ which I promptly did and then she stood up and said ‘well, I like poetry too, would you like to hear?’.

Di said she then proceeded to tell Dorothea she wanted to write books one day. “She looked at me very seriously and said ‘well, you know, when you grow up you should put your stories in[to] a book for everybody to read’.

“So I thought that’s a good idea, so I went home that night and said to my mother… ‘I’m going to write books one day’ and everyone went ‘oh yes, that’s nice dear’.”

But, before Di became a best-selling author she worked as a journalist. Di’s first job was with Australian Consolidated Press, working as a copy girl on The Australian Women’s Weekly.

“My uncle Jim was a big influence on my life because I didn’t have a father,” Di recalls, revealing her uncle worked as a foreign correspondent for the ABC. “And you know, my mother couldn’t afford to send me to university, they didn’t have journalism courses in those days and I was sort of floundering, I was doing a bit of acting and theatre, various things and didn’t quite know where to go with my life and uncle Jim said ‘you should work on a newspaper if you want to write books’. So he marched me into Australian Consolidated Press and I got a job as a copy.”

It only took Di six months before she secured a cadetship at the magazine and underwent four years of training. She then moved to London and worked as a women’s editor for the Daily Mail group. On her way back to Australia, Di met her-now ex-husband Peter Morrissey, an American Peace Corps worker holidaying in Singapore. Two weeks later, they were engaged. After they were married, they lived for a while in Honolulu, where she worked as a TV presenter for the CBS affiliate. Peter then joined the State Department and Di became a foreign service wife, where she spent twelve fascinating years travelling between Washington DC and foreign postings in Singapore, Thailand, Japan, Indonesia, and Guyana.

But in spite of her incredible life, Di missed home and her dream of one day becoming an author. So she bit the bullet, jetted off back home and joined Australia’s first current affairs breakfast TV show, Network Ten’s Good Morning Australia thinking she’d have more time to write.

“I thought ‘Oh, that would be a good job’ I know about breakfast television,” she recalls. “You go in at 3am, and your show goes from 7am to 9am, so I’ll be home by 11am and then I can sit down and write the great Australian novel. And suddenly eight years went past.

“So one morning I just thought if I don’t do this to see if I can write a book, I’ll never know. So I just said on Friday, ‘well, I won’t be here on Monday’ and that’s how I then packed up my bag and I moved to what was a very sleepy little town in those days Byron Bay, rented a shack and started to write.”

About 15 months later, Di had her very first novel Heart of the Dreaming, which was a huge success and paved the way for her very successful writing career. Di spent about two decades in Byron Bay before she moved to her hometown of Manning Valley, New South Wales, where she’s been living for the best part of a decade with her partner of 20 years, Boris. When she’s not working on her next novel, she’s busy running her community newspaper, attending to her garden or whipping up some delicious mulberry jam.

Have you read one of Di Morrissey's book before?