Written byStarts at 60 with Novartis 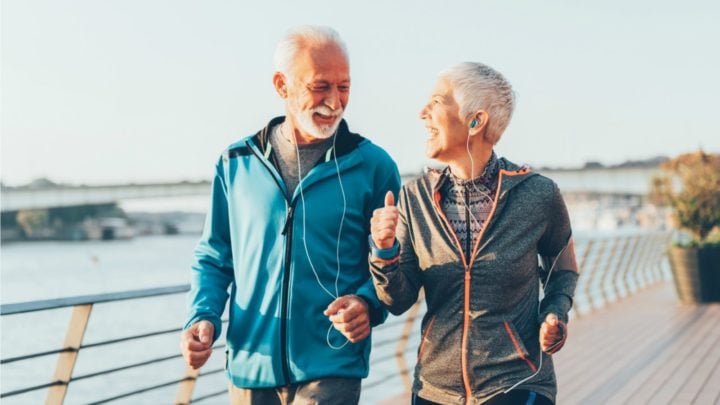 Experts are warning older Aussies to be on the lookout this winter for signs of a struggling heart.

60-pluses are at increased risk during winter of the complications of a condition known as ‘heart failure’, where the heart muscle is no longer strong enough to pump enough blood around the body.

In contrast to a heart attack, which occurs when one of the arteries becomes blocked and causes the heart muscles to be deprived of oxygen and to die, heart failure is caused by the inability of the heart to pump enough blood.

This causes fluid to build up in the lungs, stomach and legs and may mean that less oxygen is reaching the brain and muscles. Heart failure may be caused by ‘wear and tear’ to the heart muscle or from damage following a heart attack or heart surgery.

Professor Andrew Sindone, a Sydney-based cardiologist and professor at the University of Sydney who specialises in the treatment of heart failure, says everyone knows about the risk of flu during winter. However, he adds, “Most Australians haven’t heard of heart failure, let alone the symptoms of the condition.

“It is critically important, particularly as the colder weather sets in, that older Australians and their loved ones seek medical help if they notice any signs that may indicate that the heart is struggling.”

How will you know if you have heart failure?

Symptoms of a weakened heart may include feeling out of breath, being too tired to do things you used to do such as walking up stairs and experiencing swelling in your ankles, feet, legs or stomach.

These signs do not necessarily indicate heart failure and could be a sign of other conditions, however it’s important that you talk to your doctor if you experience these symptoms.

Other possible indicators of a failing heart may include:

Prof Sindone said that these symptoms should be acted upon because they could indicate a serious underlying problem.

“If someone has symptoms of heart failure, it’s a big red flag saying this patient is sick, they need to see a doctor now, otherwise they will deteriorate quickly,” he says.

“The problem we face is that many people don’t know they have heart failure. Even if they have been diagnosed, their doctor may not have used the term ‘heart failure’, as it may sound too absolute.

“Instead, doctors sometimes speak of a weak heart that has difficulty pumping. People with heart failure sometimes say they have a ‘dicky ticker’.

“If you’ve been living with a heart condition for a number of years, it may be time to speak to your doctor in case you need further help.”

Prof Sindone said that symptoms such as being out of breath or feeling fatigued may come on very gradually.

“It’s easy to dismiss these symptoms as a normal part of ageing, but they mustn’t be ignored. Speaking to a doctor is really important,” Prof Sindone said.

The impact of heart failure

Heart failure affects around half a million Aussies, with more than 67,000 people diagnosed each year. More than 60,000 Australians die from complications caused by heart failure each year.

While the worsening of heart failure can occur at any time of year, cold weather causes your blood vessels to narrow, putting more pressure on your heart. Doctors say this is one of the reasons why there is an increase in the number of hospital admissions and deaths related to the condition in the colder months.

Fortunately, there are things that we can all do to help protect our hearts:

Do you know someone who lives with this condition? Or have you experienced symptoms which may indicate heart failure?

Novartis is committed to patient safety. In accordance with regulatory obligations Novartis reports adverse events experienced by patients on Novartis products. If an adverse event is mentioned on this webpage, Novartis Patient Safety may contact you in order to collect further information on the adverse event. For the purpose of safety reporting, this information may be shared with health authorities or other parties with whom Novartis has an agreement. Your personal information will be processed in accordance with the Novartis Privacy Policy. Your information, including any information forwarded to the Novartis Patient Safety department, may be processed and stored on servers located in jurisdictions outside of the country in which it was collected.
Novartis Pharmaceuticals, Macquarie Park, NSW Australia. AU-9293 Prepared June 2019

Heart failure affects around half a million Aussies, with more than 67,000 people diagnosed each year. Talk to your doctor if you are experiencing possible symptoms of heart failure. You can learn more about the condition here.