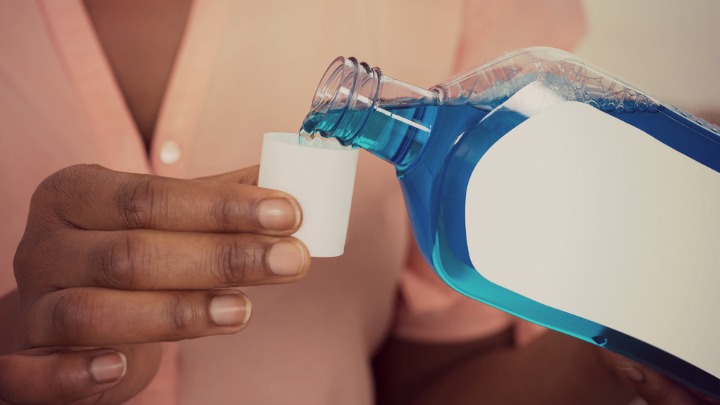 Brush and floss twice daily — everyone knows how important it is to keep teeth and gums healthy. But what about mouthwashes: Do they really work? What are the different kinds available? Which is the best one for you?

RT Healthy Teeth dentist, Dr Lincoln Law, discusses the pros and cons of the myriad mouthwashes out there and how using it in the right way can boost effectiveness.

1. Why use a mouthwash at all?
The main reason you are encouraged to use mouthwash is to reduce plaque and gingivitis (inflammation of the gums). Use your mouthwash in combination with brushing and flossing as part of a twice-a-day routine.

2. Can mouthwashes be used whatever your age?
All adults can benefit from a daily mouth rinse, and sticking to the brush/floss/rinse regime is very important, especially for older adults. You are more prone to tooth sensitivity and gum conditions as you age, so a dentist recommended mouthwash might be best to combat these kinds of issues.

3. Is alcohol in mouthwash harmful?
There is no evidence that alcohol-based mouthwash raises the risk of oral and pharyngeal cancer. Considering how much alcohol Australians drink recreationally compared with time spent using mouthwash, the risk of mouth cancer is a lot less.

If you are wary of the alcohol, or you suffer from conditions such as dry mouth, mouth sores or if you’re undergoing head and neck radiation therapy where alcohol could be uncomfortable, then there are plenty of alcohol-free mouthwashes to choose from.

4. What about fluoride?
For adults, the most effective use of fluoride is in its topical application i.e. by applying it directly to tooth surfaces via toothpastes, rinses, concentrated creams and gels. It hardens the enamel helping to fight tooth decay.

Fluoride in mouthwash is very useful for older adults where teeth may be receding as it helps to strengthen the roots, which are softer than enamel and risk getting decayed. Some of the decay on the roots can develop very quickly and may render the tooth beyond repair.

5. Can mouthwash replace flossing?
Mouthwash is a great addition to everyday oral health care, but they can’t replace dental floss. Floss helps to physically break down and remove the sticky biofilm (plaque and bacteria that build up on teeth and gums), particularly between teeth.

This physical removal action is important. For individuals who can’t brush and floss — for example, people who are medically compromised or patients with special needs — a chlorhexidine-based mouthwash may be used. But speak with your dentist about how and for how long this should be used.

6. Rinse before or after brushing?
Because a mouthwash can’t break down or destroy bacterial biofilm and remove plaque, they should be used after brushing and flossing. The Australian Dental Association (ADA) advocates a three-step oral hygiene regime of brush-floss-rinse.

After a layer of plaque has been broken down with brushing and flossing, the mouthwash can then get into the smaller and shallower layers of the plaque and carry out its antimicrobial action. The ingredients in a mouthwash may also act as a barrier to help reduce the opportunity for plaque to stick to the teeth again.

The recommended rinsing time for most popular mouthwash is 30 seconds, twice a day. However, some studies suggest there might be an interaction between sodium lauryal sulfate (SLS), which causes the foaming action in toothpastes, and the effectiveness of cetylpyridinium chloride and chlorhexidine mouth rinses. If your mouthwash contains these ingredients, wait at least 30 minutes after brushing before using your mouthwash.

Remember, if you are unsure about what sort of mouthwash to use, consult your dentist or doctor for more information.