Forget grandkids, this 64 year old has just given birth to twins 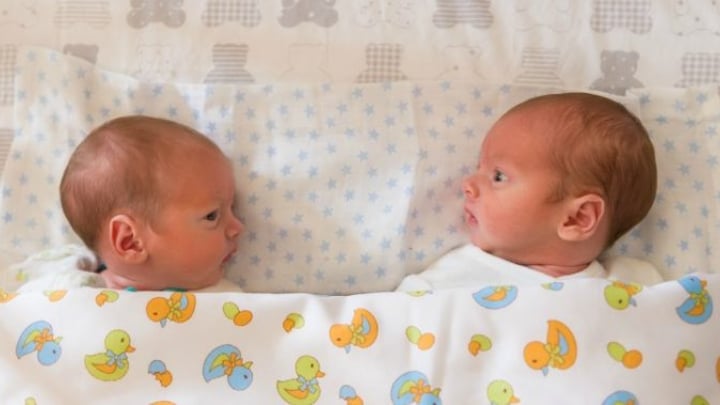 Double the fun for this 64-year-old mum.

It’s not unusual for an announcement of someone having twins.

After all, celebs Beyonce and Amal Clooney have both announced they are expecting twins this year.

However, when the mother of the twins is in her 60’s, it attracts attention.

According to a news release from Hospital Recoletas Burgos, a hospital in Burgos, Spain, a 64-year old woman gave birth via C-section to a boy and a girl.

CNN has reported the woman had IVF treatment in the US before returning to Spain.

It’s not the first time she has surprised medical experts either.

The woman had her first child at the age of 58.

Translated, the news release said she is one of the few women who has managed to bring the twin pregnancy to term over the age of 58.

The CCN report said fertility over 50 is a rare but clearly not impossible feat.

Data from the Centers for Disease Control and Prevention show that 600 babies were born to women between 50 and 54 years old in 2012.

Even though fertility treatments have changed the game for older moms, experts say there are risks, both for the birth and for the difficulties of motherhood that follow.