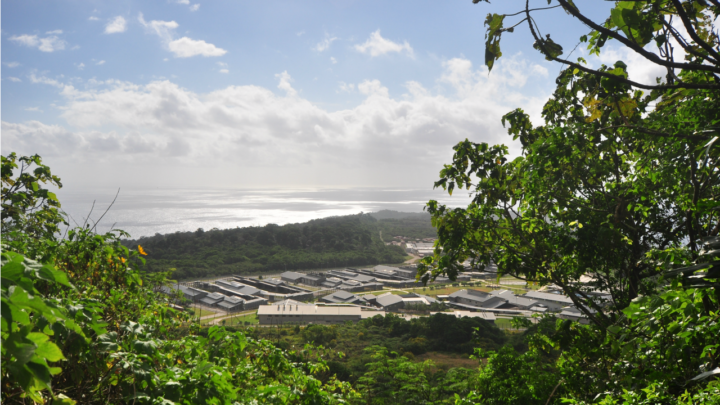 A group of 20 Sri Lankan asylum seekers reportedly spent a number of days at the Christmas Island detention centre before being returned home on Wednesday after their boat was intercepted by a navy vessel last week. Source: Getty

A boat carrying 20 Sri Lankan asylum seekers has been intercepted on its way to Australia, in what has been described as “an attempt at a dangerous and illegal maritime people smuggling venture”.

The Department of Home Affairs has confirmed in a statement to Starts at 60 that authorities have returned the group home after intercepting their boat.

“20 potential illegal immigrants (PII’s) have been returned to Sri Lanka following a failed attempt at a dangerous and illegal maritime people smuggling venture to Australia,” a spokesperson said.

“The vessel left Sri Lanka illegally in early May 2019, before being intercepted by Australian authorities. All passengers and crew have now been returned to Sri Lanka.”

According to The Australian, they were initially taken to the Christmas Island detention centre where they spent a number of days before being returned home to Sri Lanka. It marks the first illegal boat to reach the island in five years.

A naval ship reportedly delivered the asylum seekers to the island’s jetty last week after intercepting the group, who set sail from their home country during the election campaign, according to the news outlet.

They reportedly spent a few days at the facility where they underwent health and security checks before being returned to Sri Lanka’s capital of Colombo on Wednesday on a government charter jet.

According to The Australian the asylum seeker boat was spotted by Operation Sovereign Borders last week in the Indian Ocean during aerial patrols. It marked the first time the detention centre has been used since Prime Minister Scott Morrison announced in February the facility would reopen.

Less than four months later, the Liberal Party leader claimed the government would close the detention by July.

This came after Labor approved legislation which made the process easier for asylum seekers and refugees in offshore detention centres to access medical treatment in Australia earlier in the year, the SBS reports.

However, during the recent election campaign, then-opposition leader Bill Shorten announced his support for the turn backs – claiming he had convinced the Labor Party is was the right decision for the country.

“I accept the lessons of the past,” he said according to The Australian. “And I accept that where the Liberal Party has an idea or parts of an idea which I think work, I’ll adopt it.”

The latest interception follows an attempted people smuggling operation in December by a group of Vietnamese asylum seekers who made it to the Daintree Rainforest near Cairns in Queensland, reports claim. The group were flown to Christmas Island before being returned to Vietnam.

What are your thoughts on the turn backs? Do you think asylum seekers should be accepted at the Christmas Island detention centre?