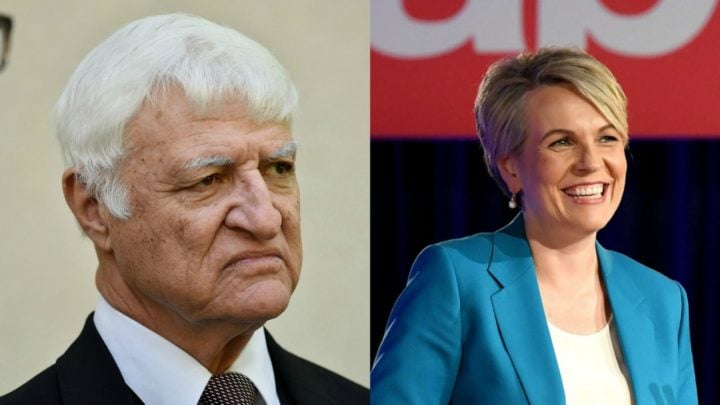 Bob Katter has hit out at Tanya Plibersek in a furious rant. Source: Getty.

Bob Katter has hit out at Tanya Plibersek in a furious TV appearance, amid claims she’s set to take on Anthony Albanese in the race for Labor leadership.

The Aussie MP, 73, attacked the deputy leader’s stance against coal mines and claimed her recent comments may have even cost Labor the election, during a passionate speech on Sky News.

“Tanya Plibersek ran amok,” he claimed on the show. “She was out there denigrating the coal industry and saying it will phase out. To say that on the eve of an election in which there are six marginal seats in north Queensland in the coal belt is absolutely disastrous.”

The Coalition managed to retain the seats of Flynn, Capricornia and Leichhardt, while Peter Dutton also managed to keep hold of his northern Brisbane seat of Dickson.

“The ALP were certain on the polls to take all six seats, but she and a bunch of loud mouthed extremists that have an immense amount of power in the Labor movement… they blew it to smithereens,” Katter added.

Plibersek has previously shared her strong opposition to the Adani coal mine in Queensland.

And it comes amid claims she’s set to run for Labor leadership just hours after her colleague Anthony Albanese confirmed he would be running too.

According to The Sydney Morning Herald, Plibersek will officially launch her bid on Monday. It comes after Albanese told reporters in Sydney on Sunday: “I believe I am the best person to lead Labor.”

He added: “We need to make sure we articulate not just how we share wealth but how we create wealth.”

Meanwhile, according to Sky News, Shadow Treasurer Chris Bowen has also indicated he’ll be running for the position of leader.

Bill Shorten resigned following his surprise defeat in the weekend’s election, and will reportedly throw his support behind Plibersek now.

Following news of the election result, Shorten said in an emotional speech: “All of us have a responsibility to respect the result, respect the wishes of the Australian people and to bring our nation together.

“Whilst I intend to continue as the member for Maribyrnong, I will not be a candidate in the next Labor leadership ballot.”

Paying tribute to former Labor PM Bob Hawke, who passed away earlier this week, Shorten added: “I wish we could have done it for Bob, but it was not to be.”

Are you pleased with the election result? Who do you think would make the best Labor leader?