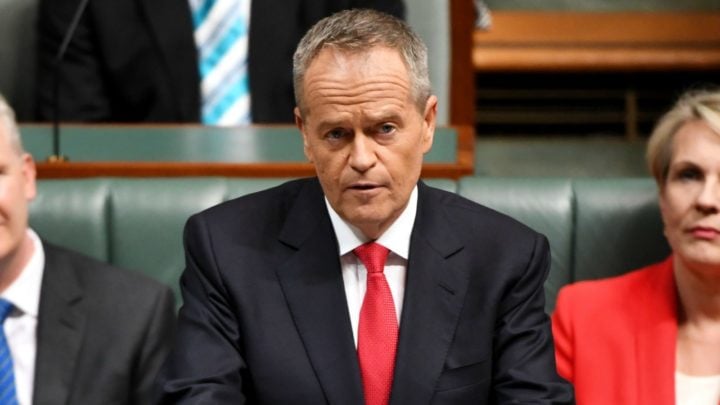 Bill Shorten has delivered a lengthy Budget reply speech promising free cancer scans in a $2.3billion health pledge, which he described as “the biggest change to Medicare since it was introduced”.

Revealing he was inspired to act after watching his own mother’s agonising battle with cancer, Shorten told his fellow politicians the ambitious health plan would cover up to 6 million free cancer scans (including X-rays, mammograms, ultrasounds, and PET and CT scans), as well as 3 million free appointments with specialists.

While the consultations with oncologists and surgeons would be turned into bulk-billed Medicare items, he also guaranteed that expensive cancer medicines recommended by experts will be subsidised by the Pharmaceutical Benefits Scheme (PBS).

“Cancer is a curse,” he said in the speech. “I wish I could stand here tonight and guarantee you will find a cure to reach cancer. No politician with give that promise.

LIVE from Parliament as I deliver my Budget Reply https://t.co/F7I4z0wg8N

“We will continue to support scientists in their work, invest in research in clinical trials. Until the day we find a cure, I promise the men and women of Australia this.

“Under Labor, if you’re battling cancer, you focus on getting well, without worrying about going broke.”

Shorten revealed he had watched what breast cancer did to his mum, Ann, before she lost her battle in 2014 – as well as seeing his close friends battle the illness.

“Cancer is frightening, it’s isolating, it’s exhausting. And – all too often – it is impoverishing,” he added.

While he said many people battle the illness for years, they can then end up poor at the end of it – something he insisted he wants to eliminate.

“If someone you love has cancer, you’d sell the roof over your head if it would help,” he went on.

“You’d sell the shirt off your back, but you shouldn’t have to. You pay your taxes to Canberra. You pay your Medicare levy. If I am elected prime minister, I’m going to make sure the health care system is there for you when you need it most.”

“Labor will provide a bigger tax refund than the Liberals for 3.6 million Australians. All told, an extra billion dollars, for low-income earners,” he said in his speech.

And Shorten also zeroed in on the National Disability Support Scheme (NDIS) as one of his first points of his speech, after the government came under fire over an alleged $1.6 billion underspend on the scheme.

“We will lift the NDIA (National Disability Insurance Agency) cap on staff numbers, so we can get the support out the door,” the Labor leader said.

“We will put people with disability back at the centre of decision-making. And we will get the NDIS back on track.”

And while the Coalition promised to create 80,000 apprenticeships to address skills shortages, Shorten almost doubled it with a $1 billion pledge.

“This investment will provide 150,000 additional apprentice incentives in areas of skill shortages, he explained.

Elsewhere, Shorten confirmed the negative gearing policy would stay as he said: “Instead of patronising millions of young Australians with lectures about cutting back on smashed avo, why don’t we tell them the truth?

“Getting together a 20 per cent deposit plus stamp duty is so much, much harder than it was 20 or 25 years ago. It is even more difficult when your government uses your taxpayer money to subsidise the property investor’s bidding against you.”

Breast Cancer Network Australia (BCNA) has welcomed the pledge to reduce out-of-pocket costs for cancer sufferers, with CEO Kirsten Pilatti saying in a statement: “We are pleased to see that the Opposition has listened to the stories of people with a personal experience of breast cancer and put a plan in place to reduce the financial toxicity that we know can have a huge impact on women, men and their families.”

The BCNA’s 2017 The Financial Impact of Breast Cancer report found that women typically pay around $5,000 in out-of-pocket costs in the five years after their diagnosis, with the majority of this in the first two years.

“As if being diagnosed with breast cancer isn’t stressful enough, women, men and their families then have to deal with the financial stress as they pay for ongoing specialist appointments, scans and medicines. If you live in a regional or remote area, these costs can add up further if you need to travel for treatment and follow-up care,” Pilatti added.

“The Opposition’s cancer care plan has the potential to be the most significant reform since the establishment of Medicare for helping to ensure government subsidies are stronger and better targeted to the needs of cancer patients.”

What do you think of Bill Shorten’s Budget reply? Does it offer enough support to over-60s?