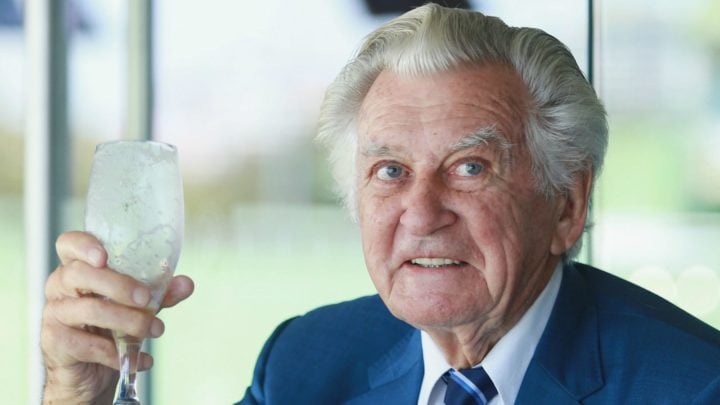 Hawke, who was Australia’s longest-serving prime minister, reportedly died at his home in Sydney.

His wife Blanche d’Alpuget confirmed his passing in a statement to media on Thursday.

“I and Bob’s children, Sue, Stephen, Rosslyn and stepson, Louis, and his grandchildren, will hold a private funeral. A memorial service will be held in Sydney in coming weeks.

“Bob was dearly loved by his family, and so many friends and colleagues. We will miss him.

“The golden bowl is broken.”

Hawke led the Labor party from 1983 to 1991 and helped shape modern Australia though social policies that saw him establish Medicare and champion environmental issues.

Tributes are already pouring in for the Labor stalwart, with current Labor leader Bill Shorten posting a statement on Twitter.

“The labour movement salutes our greatest son,” he said. “Australians everywhere remember and honour a man who gave so much to the country and people he cared for so deeply.

Kevin Rudd wrote: Bob Hawke is a giant of Australian politics … Together with Therese and the entire nation, I mourn his passing.”

Bob Hawke is a giant of Australian politics. He and Paul Keating internationalised the Australian economy. He established APEC and radically deepened Australia’s engagement with Asia. He established Medicare. Together with Therese and the entire nation, I mourn his passing.

Although his political status thrust into the limelight during the 1970s, his personal life keep him in the headlines throughout his career and long after he resigned.

Hawke married Hazel Masterson in 1956, but the pair endured a highly publicised divorced in 1995, when he left his wife for his biographer Blanche d’Alpuget.

The pair stayed together for the next 24 years and in April, d’Alpuget told Seven’s The Morning Show that he was struggling to move around but said he was not suffering with anything serious.

“He’s got no fatal illness,” she told the hosts during the program. “There’s nothing wrong with him but he has great mobility problems from pinched nerves in his back, which affects his legs and feet.

“He can’t move around much and he prefers to stay at home, smoke cigars and do cryptic crosswords.”

What are your memories of Bob Hawke?