Paramedics banned from ‘no-go zones’ without police escort after assaults 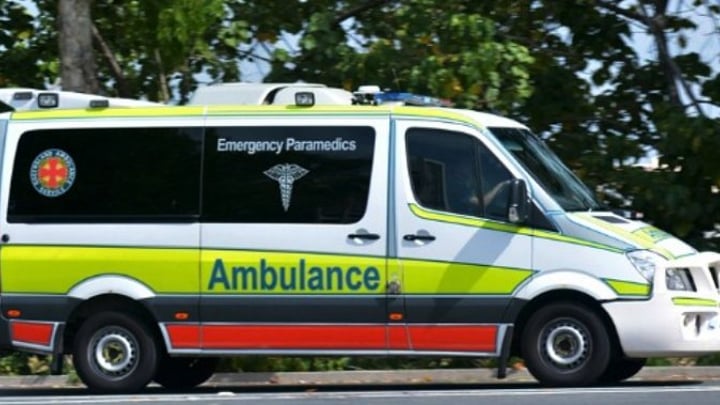 Some paramedics will need police escorts to enter some areas in Victoria.

Paramedics in Victoria have been issued a list of “no-go zones” following a spate of horrific assaults while on duty – with some even needing a police escort before they’re allowed to treat patients.

Ambulance Victoria has listed more than 200 addresses where they’ve warned workers they could be risking their safety when on call in the area. Meanwhile, six more addresses have been given extra precaution, and workers will need a police escort before they’re allowed to enter homes there.

It comes after a series of shocking assaults in recent weeks, with one man still unable to work two years after he was attacked by two women who were recently spared jail over the incident.

Some of the worst areas listed are said to be Capel Sound, Moe, Hastings, Hampton Park, Berwick, Mooroolbark, Coburg, Shepparton and Mildura. There are also “half a dozen” homes in other areas where paramedics are ordered not to go in at all without police by their sides, Ambulance Victoria confirmed to Starts at 60.

"It's illogical to me that someone would want to hurt someone who is out there to help them in a time of their crisis. It's just ridiculous." #TheProjectTV pic.twitter.com/WIWD3dZmA3

Steve McGhie from the Ambulance Employees’ Union told 7 News: “Both the ambulance service and ourselves have given direction to the paramedics that if they’re in doubt then get out. Don’t stay there, don’t stay there and be abused, sworn at, spat at, assaulted.”

Just days ago, a paramedic was hospitalised after being punched and spat at while treating a patient. They were left with back and facial injuries after being attacked while attending a call-out in Epping, Ambulance Victoria confirmed to Starts at 60.

Read more: Paramedic spat at and punched while treating patient in latest attack

Every 50 hours an @AmbulanceVic paramedic is physically or verbally assaulted as they help those in need. These are our friends, wives, husbands, sons and daughters. #ItsNeverOK #ZeroTolerance https://t.co/30j4Xm69BS

It came just hours after another paramedic broke down in tears and admitted he’s “gutted” after the two women who assaulted him successfully appealed their jail terms.

Read more: Paramedic, 63, ‘breaks down’ as two women who assaulted him spared jail

Amanda Warren, 33, and Caris Underwood, 20, were originally sentenced to six and four months behind bars, after pleading guilty to causing injury to 63-year-old Paul Judd, multiple news outlets report. However, they appealed their jail terms in the Victorian County Court and will no longer have to spend any time behind bars for the assault.

Under Victorian law, anyone who intentionally injures an emergency worker must be imprisoned for at least six months, unless there are special circumstances.

Judge Cotterell reportedly told the court that Warren and Underwood’s difficult childhoods and young families meant they shouldn’t be jailed.

#springst #itsnotok Paramedic after Paramedic, Crew after Crew, branch after branch, we all stand in defiance to todays ruling pic.twitter.com/LjCzK2UUZO

The ruling sparked huge protests from emergency service workers, with paramedics spraying graffiti messages across their vehicles in anger. Photos, shared on social media, show ambulance vehicles with “It’s not OK to assault paramedics” sprayed across windscreens and windows.

Organisation Fair Go paramedic wrote on Twitter: “Paramedic after Paramedic, Crew after Crew, branch after branch, we all stand in defiance to today’s ruling.”

Victorian Liberal leader Matthew Guy also weighed in, and tweeted his anger. He wrote: “A complete failure of the Victorian justice system.”

Judd was punched and left with a broken foot in the alcohol-fuelled assault in 2016, the court previously heard, as he and another paramedic tried to treat a patient. He has reportedly been unable to return to work since, and has required multiple surgeries.

3AW reports the women have instead been ordered to serve community corrections orders.

Do you think having ‘no-go zones’ where police escorts are essential is a good idea?