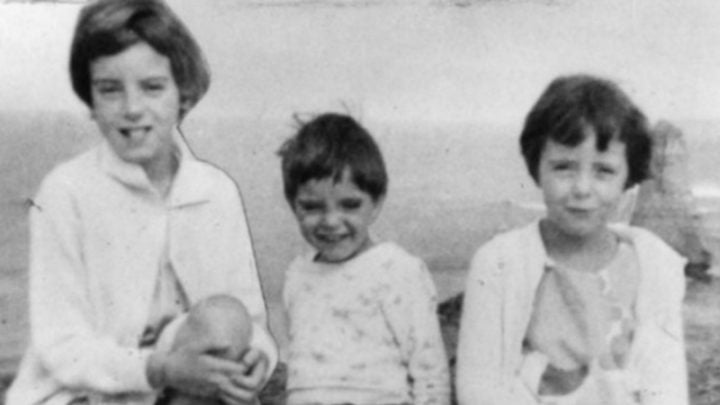 The mother of the missing Beaumont children, Nancy Beaumont, has passed away at the age of 92, never knowing what happened to her three young children who vanished without a trace in the 1960s.

News of Nancy’s death emerged on Thursdsay, after a death notice was published online in the Adelaide Advertiser which revealed the “loving mother” died earlier this week and has been privately cremated.

The disappearance of the Beaumont children is one of the most well-known cold cases in Australia, after siblings Jane, 9, Arnna, 7, and Grant, 4, went missing in Adelaide in 1966. The youngsters left their Somerton Park home together to spend the day on the beach on Australia Day, but failed to return.

Their case has made headlines ever since but, sadly, the family have never been given answers as to what happened that day more than five decades ago.

Fresh hopes were raised in February last year when South Australia Police carried out a dig at New Castalloy Factory in the hope of uncovering the children’s remain, however no traces were found.

Searchers excavated a site in the factory grounds after reports that it’s own year-long investigation into the Beaumont case had found anomalies in the soil where a trench had previously been dug by the factory owner. But the Adelaide Advertiser reported at the time that eight hours of digging on Friday uncovered only animal bones, which were likely to have come from a horse or cow.

Speaking after the search in 2018, Detective Superintendent Des Bray said that the result was disappointing but that he was confident that the area being dug had once been used as a dump for household waste, and that the refuse had created the anomaly.

He said that police remained committed to finding the children, however, in the hope of bringing some relief to their parents, Jim and Nancy Beaumont, who are now in their 90s, the Advertiser reported. Earlier in the day, Detective Chief Inspector Greg Hutchins had said that police had their fingers crossed the dig would uncover some evidence of the children’s fate.

“The parents of the three Beaumont children have suffered significantly over the last 52 years,” he said. “We hope for the best.”

Police had previously searched the factory site – including once shortly after the children vanished – that was owned by businessman Harry Phipps, who died in 2004. Phipps’ son Haydn Phipps has claimed that he saw children matching the descriptions of the Beaumont children at his family home just 250 metres from the factory on the day of their disappearance.

The children’s trip to the beach involved taking a five-minute bus journey from their home, and the alarm was raised when they didn’t return a few hours late as arranged. A $1 million reward for information leading to a solution to the case remains unclaimed.

Do you have a message of condolence for the Beaumont family?