‘Scott Morrison has shown a lack of ability to lead’: Karl Stefanovic 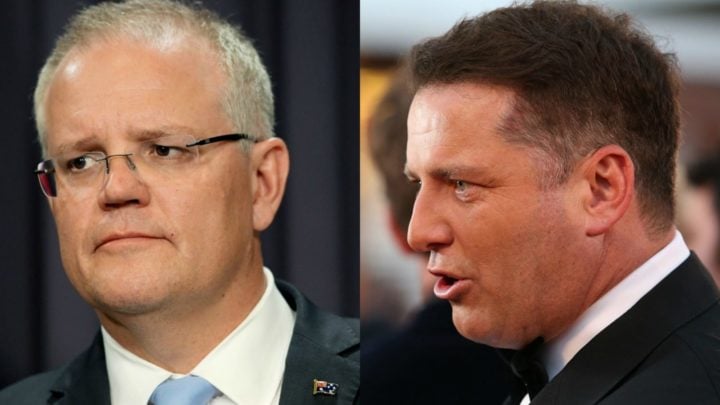 Karl Stefanovic has publicly slammed Prime Minister Scott Morrison for his “lack of ability to lead” during the bushfire crisis over the past month.

“No matter which way you look at it, Prime Minister, Scott Morrison is under the pump this morning on several fronts,” Stefanovic said in a special weekend edition of Today dedicated to covering the bushfires.

“He’s the leader of this great country. He was elected by the Australian people to lead. But during this crisis over the past month he has shown a lack of ability to lead.

“To connect with the Australian people who are hurting and who are grieving. This whole crisis is not his fault. There are clearly State issues and Federal crossovers that will need to be addressed. But from the public’s point of view the PM has been meandering, lost.”

There is growing backlash over Prime Minister Scott Morrison's handling of the bushfire crisis. What do you think? #9Today pic.twitter.com/FZnsJ8iKvU

Stefanovic continued: “Now he’s a punching bag for those in pain who want answers. Or just want something from him that’s real. He needs to step up and take control. He has resources in the form of the ADF that have and can be deployed.

“When he was elected, he said it was a miracle. He said ‘How good is Australia. How good are Australians?’ Do you remember that? He said: ‘This is the best country in the world in which to live and it is those Australians that we have been working for the last five-and-a-half years.’

“I can’t imagine how difficult it would be to be prime minister. But I would imagine it starts with putting Australia and Australians first.”

Stefanovic’s comments received a mix of responses , with one viewer writing: “I’m ashamed to be an Australian as @ScottMorrisonMP has done nothing to help those affected by this disaster! He went on holidays, has offered no support for the firefighters, and still says climate change isn’t an issue.”

Another added: “The PM needs to step down, or the Australian people should demand a new election.”

Others defended the PM, with one commenting: “What more can he do. He’s been excellent and the premiers and fire fighters agree.”

The bushfires have brought much devastation across Australia, not only with the loss of hundreds of homes, but the loss of lives. This week Aussies mourned the loss of a third brave volunteer firefighter who died while fighting a ferocious blaze.