Holden no more! Iconic Aussie brand to be axed at the end of the year 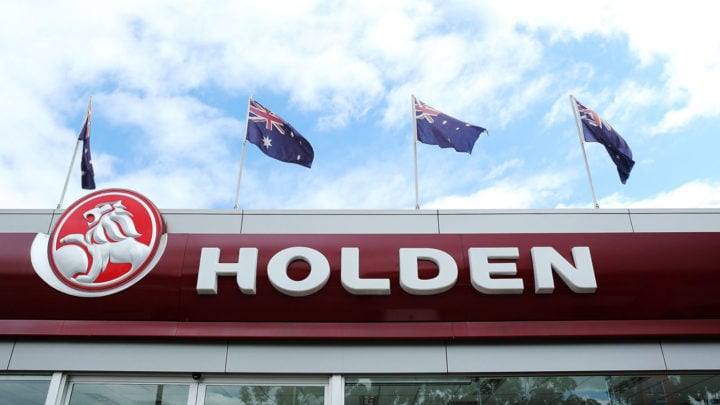 General Motors announced it will retire the brand at the end of this year. Source: Getty.

The Holden Commodore became somewhat of an Australian icon after it was launched in 1978, and the model cemented the place of the company in pop culture, as well as the hearts of the Aussie public.

However the entire brand will soon cease to exist as General Motors announced on Monday that it has decided to retire Holden in Australia and New Zealand at the end of this year.

The news came as a shock this morning, despite the fact that the company had been posting record low sales which resulted in the axing of two of its most popular models, the Astra and Commodore, in late 2019.

A statement released by Holden on Monday described the decision as a “difficult” one, but reassured customers that all exisiting warranties, guarantees and servicing would still be honoured by General Motors (GM).

“GM has taken this difficult decision after an exhaustive analysis of the investment required for Holden to be competitive for the long term in Australia’s and New Zealand’s new car markets,” the statement read. “Regrettably, this assessment determined such an investment could not meet GM’s investment thresholds, including delivering an appropriate return.

“This decision has not been taken lightly, especially considering the iconic status of the Holden brand and the contribution it has made not only to GM, but to the development of the economies of Australia and New Zealand.”

A spokesperson added: “We understand the impact of this decision on our customers, our people, our Dealers and our partners. Today is a sad day for the Holden family. We are committed to a transition that lives up to Holden’s proud history.”

People have already begun reacting to the news on social media, with some describing the situation as inevitable.

One user commented: “even though they aren’t made in Australia anymore it’s still sad that they will be no more.” Another said: “Absolutely Disgraceful. This was obviously planned since the closure of the Australian Manufacturing Plant.”

While another wrote: “Sad to see but I did see it coming.”

Holden also provided answers to some common questions about the brand’s immediate future on their Facebook page, including ‘Where can I get my Holden serviced?’, ‘What happens if there is a vehicle recall?’ and ‘Can I still buy a new Holden?’.

Have you ever owned a Holden vehicle? What do you think of this decision?