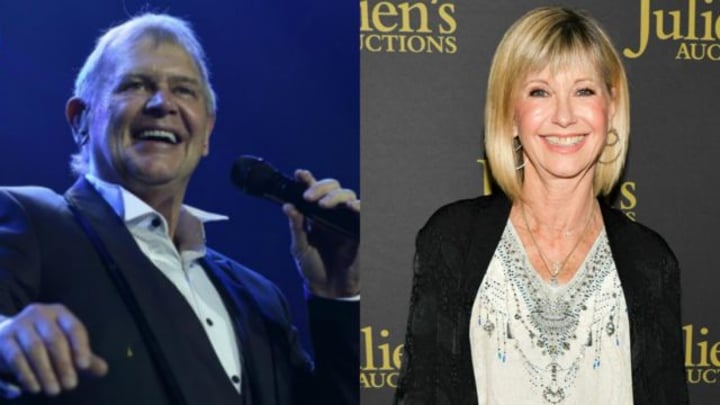 As bushfires continue to burn across much of the country, fundraising efforts are ramping up to ensure that firefighting services and charities have the funds they need to help those affected by the devastating blazes, both now and in the future when communities need to be rebuilt.

On Monday, the line-up was announced for a special bushfire relief concert that will be held at Sydney’s ANZ Stadium next month, with all proceeds from the star-studded event being donated to organisations working in the areas of ‘rescue’, ‘relief’ and ‘rehabilitation’.

Some of the Australia’s biggest stars will take to the stage during the nine-hour concert, which will be hosted by Australian comedian Celeste Barber, whose Facebook fundraising campaign has so far raised more than $50,000,000 in donations for fire services across the country.

Grease star Olivia Newton-John is among those billed to perform, along with Aussie icons John Farnham, Daryl Braithwaite and Tina Arena, while Queen and Adam Lambert will headline the one-off show which will take place on Sunday 16 February. Other huge names include Alice Cooper, Guy Sebastian and Eurovision star Jessica Mauboy.

Following the news, Olivia took to Instagram to share the announcement with her followers. She said: “Australia, I’m proud to announce I’ll be performing at #FireFightAustralia alongside an incredible line-up of artists to raise money for national bushfire relief.

“I hope you can join us for this special day to raise much needed funds for bushfire relief.”

Tina Arena also took to social media and wrote: “Thrilled to be a part of this incredible line up @teg_live We are proud and humbled to present a spectacular line up of artists to perform at #FireFightAustralia to raise money for national bushfire relief.⁠”

The organisations who will benefit from the ticket profits include rural and regional fire services in affected states, Red Cross Disaster Relief and Recovery and the RSPCA Bushfire Appeal.

Musical stars are not the only ones to have pledged their support to those affected by the bushfires though as Cricket Australia have also planned an all-stars cricket match between two teams captained by former Aussie greats Shane Warne and Ricky Ponting.

Cricket Australia announced the match on Sunday, however the venue and those taking part are still yet to be announced. All proceeds from the game will go to the Red Cross Disaster Relief and Recovery Fund.

Meanwhile some of the biggest names in tennis are preparing to do their bit too, as the likes of Roger Federer, Nick Kyrgios, Serena Williams and Rafael Nadal will all take part in a two and a half hour event, dubbed AO Rally for Relief, this Wednesday at Melbourne’s Rod Laver Arena.

All proceeds from the one-off event will be donated to the relief cause, with tickets priced at $54 each.

Tickets for the show went on sale today (Monday 13 January) on Ticketek.