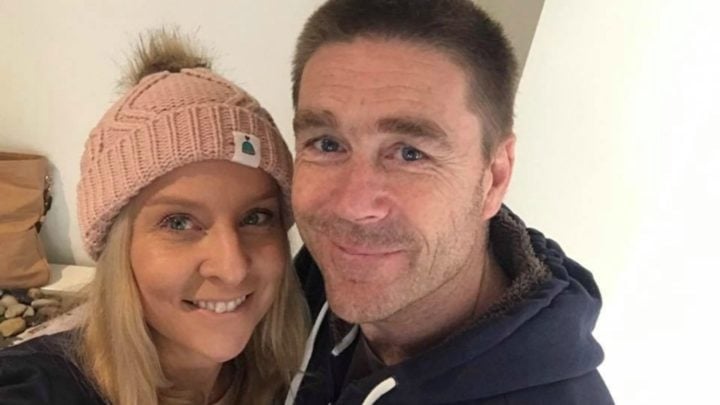 The wife of Aussie fireman Troy Thornton, who chose to end his life at a Swiss assisted dying clinic after being diagnosed with a progressive neurodegenerative disorder, has revealed his final words.

The 54-year-old, who had multiple system atrophy (MSA), died by lethal injection at Basel’s Life Circle clinic in Switzerland just weeks ago, and now his wife Christine has detailed their last moments together.

Speaking to The Age, the mum explained how they spent a “lovely” few days together enjoying coffee and eating cheese in the Swiss Alps before Troy died peacefully at the facility.

Christine told the publication before her beloved partner took his final breath he turned to her and said: “I’m going now”.

“The last moments were beautiful,” Christine explained. “I didn’t know what to expect, what was going to happen.

“But it was us, laying down on the bed together and I kept thinking, I have to tell him as much as I could possibly think to say. How much I loved him, and the kids loved him and how much I appreciate everything he’s done for us.”

The mother went on to explain how she hopes by speaking out about Troy’s journey it might help Australia to change its laws around assisted dying. She told The Age: “Every human has the right to choose”.

Despite the state of Victoria preparing to legalise voluntary assisted dying, which will take effect in June this year, Troy was not considered to have a terminal illness under the new legislation as he could not find two doctors willing to say that he would die within 12 months.

Read more: Mum of Aussie fireman who ended his life at Swiss clinic breaks her silence

Speaking to Starts at 60 before he made the journey to Switzerland, the father-of-two revealed what led him to make the decision to administer the life-ending drug, which he said would end years of “misery”, having been diagnosed with incurable disease MSA in 2014, which can affect movement, balance, speech, bladder control and even breathing.

“I just feel ill and unwell, it’s like shoot me now, you know?” he explained in an exclusive chat. “At first you can’t run, then you can’t swim, then you can’t kick a footy, then you can’t surf – which I used to love doing – then eventually it takes your career away from you… Now I’m housebound.

“I couldn’t sleep with my wife for the last six months because I hit her at night. The intimacy goes so then you lose that, I had to sell my car which I loved. It takes everything away from you over a long period. I wouldn’t wish it on my worst enemy. It’s the worst way to go out, now I just want to go to sleep.”

Do you have a message for Troy Thornton’s family? What are your thoughts on the current laws surrounding euthanasia?