Johanna Griggs opens up on joy of being a grandparent to ‘cutest, happiest’ baby 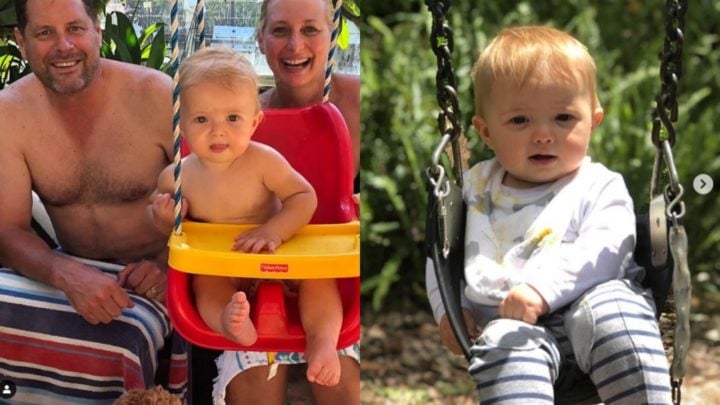 Johanna Griggs has shared details on her grandson Jax and how much joy he brings to their lives. Source: Instagram/ Johanna Griggs

Television presenter Johanna Griggs has opened up about the joy of being a grandparent and how wonderful it is to see her son doting on his young child, claiming the one-year-old is a ” joy beacon for us all”.

The 45-year-old gushed over grandson Jax in an interview with TV Week as she described the close bond she shares with the little one and how he continues to tug on their heartstrings every single day, The Daily Mail reports.

Speaking to the publication about her family, Joh said she loves watching her son Joe take on the role of dad to his only child, explaining it’s a special moment for them all.

“Just seeing how capable and loving Joe is towards Jax tugs at Todd’s and my heartstrings,” The Daily Mail reports she told TV Week.

“He is the cutest, happiest, joy beacon for us all. His sense of humour is so developed and we think he’s incredibly clever.”

Her comments come after the Better Homes and Gardens host shared details earlier this year on her previous marriage to actor Gary Sweet and how the heartbreak left her feeling like a “failure” at the time.

In an exclusive chat with The Australian Women’s Weekly, the 45-year-old explained that the difficult time led to her raising her kids as a single mum, but she has since come to appreciate that.

The mother-of-two explained she felt like a failure when her first marriage came to an end in 1999, but it was all for the best as it “uncomplicated” their lives.

“I loved my years as a single mum,” she told the publication. “There are situations where people go between parents – we really didn’t have to do that. So you’re the decision maker, they’re your little buddies. And I had a lot of support around me.”

What a top weekend… Got to have #Jax time, Family time, Farm time and most importantly – today, I was able to celebrate 12 years of marriage with the amazing man that is @toddyhuggins !!! Honestly, it feels like 5 mins ago that we got married. He is my best friend & hands down the funniest man I’ve ever met. He is totally comfortable in his own skin which makes life a breeze, and It doesn’t matter where we are, who we are with, or how we are ‘meant to behave’…. we always have the best time together. #12years #anniversary #jax #grandson #family #nothingismoreimportant #bringonthelaughs #sakerestaurantmanly #whatabouttoddsmo #hugginshill

Johanna also spoke openly about the transition from competitive swimming to TV presenting, admitting while it wasn’t the easiest of moves, she is thankful for everything it brought – good and bad.

After stepping away from swimming, the presenter joined the team at Seven Sport in 1993. She began with hosting duties at the Australian Open, followed by the networks Olympic Games and Commonwealth Games. She is also known for her role on Better Homes and Gardens and House Rules.

Are you a fan of Johanna Griggs? How many grandchildren do you have?