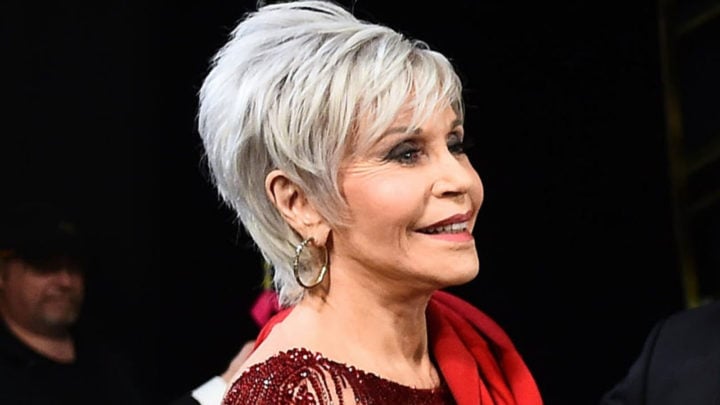 The 82-year-old said she won't be "cutting herself up anymore". Source: Getty.

Jane Fonda has declared she is done with plastic surgery, vowing to never go under the knife again for cosmetic reasons at the age of 82.

The Oscar-winning actress told Elle Canada that she is “not going to cut herself up anymore” despite acknowledging that it can be a struggle for her to accept herself as she is.

“I can’t pretend that I’m not vain,” she told the magazine. “But there isn’t going to be any more plastic surgery—I’m not going to cut myself up anymore.”

“I have to work every day to be self-accepting; it doesn’t come easy to me. I try to make it very clear that it has been a long and continuing struggle for me.”

Fonda has openly discussed her decision to have cosmetic surgery over the years, however in a 2018 documentary she admitted feeling regret over the fact she has “had the need to alter herself physically”.

Speaking in the HBO documentary Jane Fonda in Five Acts, the Nine to Five star said: “I’m glad I look good for my age, but I’ve had plastic surgery. I’m not going to lie about that.

“On one level, I hate the fact that I’ve had the need to alter myself physically to feel that I’m OK. I wish I wasn’t like that. I love older faces. I love lived-in faces. I loved Vanessa Redgrave’s face.”

The Grace and Frankie star debuted a new look earlier this week as she stepped out at the Academy Awards in Los Angeles with a strikingly different haircut.

Jane looked sensational at the Oscars as she took to the stage to present the award for Best Picture, sporting a pixie-style cropped ‘do in a stunning shade of grey. She shared a photograph of herself from the ceremony on social media and fans went wild over her new look.

One fan wrote: “The hair is amazing.” Another gushed: “You look so beautiful!! You are my favorite actor!”

While another said: “Just when I thought I couldn’t love you more…. you and your silver hair are SPECTACULAR! Love you silver sister!!”

Would you ever consider plastic surgery?