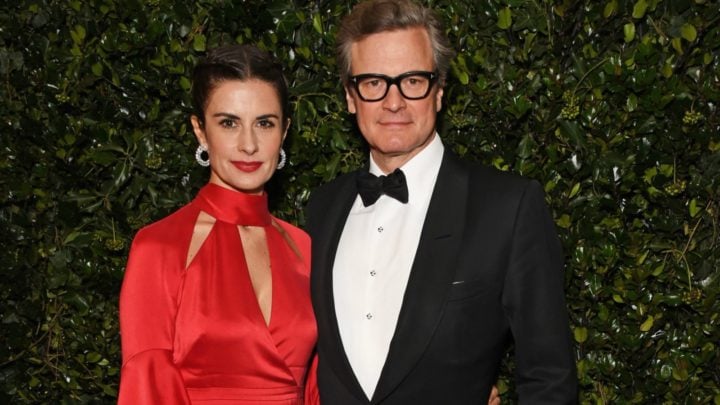 The pair have been married for 22 years and share two sons together. Source: Getty

British actor Colin Firth has separated from his wife Livia Giuggioli, almost two years after she admitted to an affair with a man who allegedly stalked them. The pair have been married for 22 years and share two sons together.

“Colin and Livia Firth have separated,” the pair told Page Six in a statement on Friday. “They maintain a close friendship and remain united in their love for their children. They kindly ask for privacy. There will be no further comment.”

The breakup comes almost two years after Giuggioli confirmed she had a relationship with a man accused of stalking the glamorous couple.

The Times reported at the time that Firth and his wife Livia Giuggioli had reported Italian journalist Marco Brancaccia to police for harassing them with “frightening” messages and threats.

The couple released a statement revealing they briefly separated between 2015 and 2016, and during this time Livia had an affair with the accused.

The story first came to light after court documents on the case were leaked to Italian newspaper La Repubblica.

Brancaccia denied the allegations and said he only sent two messages and an email, according to People.

“She wanted to leave Colin for me,” he reportedly said, adding that the marriage had “been over for years.”

“I wrote an email to Colin about my relationship with Livia, which I now regret sending, and she filed a complaint against me for stalking out of fear that I could go public with what she had revealed to me about her marriage and work,” he said.

While news of the affair made headlines due to the couple’ high-profile status, it’s a situation many ‘regular folk’ can relate to. Anyone who’s been married for more than 20 years knows that relationships have moments of doubt that can lead to separations, affairs, resentment and ultimately, in many cases, divorce.

The fact that Firth and Giuggioli have gone public with their own marital difficulties is expected to shine a just how common their situation is and open a dialogue on how different couple’s deal with affairs, jealously and forgiveness.