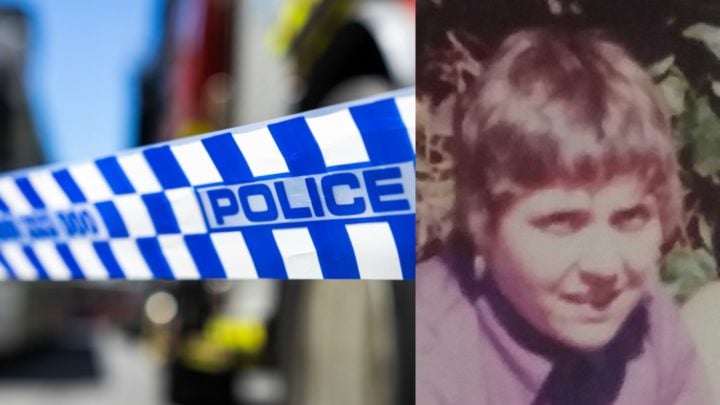 Police have appealed for information into the murder of Antje Jones who was found dead in her brother's home in 1981. Source: Getty and Victoria Police

Police have issued a renewed appeal for information into the mysterious murder of Antje Jones 30 years ago, promising a reward of $1 million for anyone with details about the tragic event in 1981.

The 34-year-old’s body was discovered at her brother’s home in the Melbourne suburb of St Albans more than three decades ago with no suspect ever charged over her death.

The young mum had been visiting from Queensland when she was discovered, having been shot dead, at the Theodore Street address at around 3.20pm on September 15.

According to police it appears the gunman entered the house and shot Antje, who had been taking a break from her life in Queensland where she’d lived with her parents and young son after moving north following a divorce about a year earlier.

Police had initially announced a $50,000 reward following her death however no new information came to light and the case remained unsolved.

Despite an extensive investigation spanning 37 years, Antje’s killer has still not been brought to justice with homicide squad detectives determined more than ever to solve the case.

“Over the years we have followed up a number of avenues of enquiry and we now believe one of our key persons of interest in this case may have organised for Antje to be killed,” he explained in a statement.

“Instead of returning home to her little boy, Antje’s life ended violently in Melbourne.”

Stamper said he was hopeful that the new reward announcement would bring forward new information, urging anyone with details to come forward.

“37 years is a long time to keep a secret – people’s circumstances can change over the years and someone who may not have wanted to provide information to police previously may now feel ready to do so,” he added.

“We still believe this case is solvable and are committed to providing justice for Antje and her loved ones and bringing those responsible before the courts.”

A reward of up to $1m will be paid at the discretion of the Chief Commissioner of Police for information leading to the apprehension and subsequent conviction of the person or persons responsible for the murder.

In appropriate cases, the Director of Public Prosecutions may consider, according to established guidelines, the granting of indemnification from prosecution to any person who provides information as to the identity of the principal offender or offenders in this matter.

Anyone with information about the murder of Antje is urged to contact Crime Stoppers on 1800 333 000 or submit a confidential crime report at www.crimestoppers.com.au.