Can’t get your hands on bread? Chef reveals his easy homemade recipe 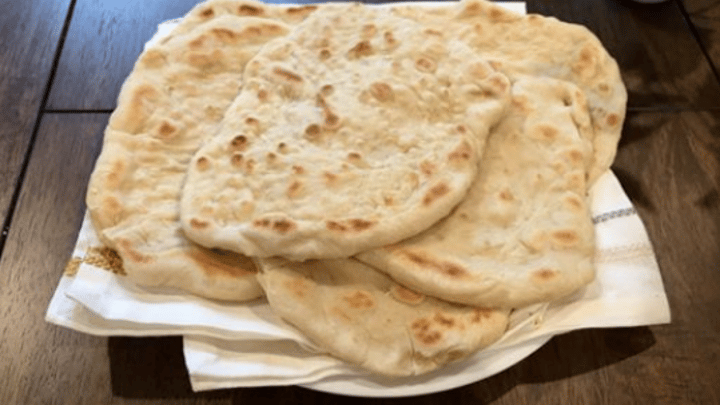 An American chef has made headlines across the world after he shared a simple recipe for bread, as supermarket shelves are left empty amid the ongoing coronavirus pandemic.

“Bread shortage? This is the easiest kind of bread you can make,” he wrote. “Costs pennies and can get you through these strange times, my family lived off these when the pickings were slim.”

Brandon Johnson shared his super simple recipe for Navajo flatbread on Facebook where it got the big thumbs up from fellow social media users. He explained the everyday staple was made with just five ingredients — flour, water, baking powder, cooking salt and oil.

“Mix dry ingredients together and add most water, mix and add water until it has the consistency of tacky pizza dough,” he said.

Once you’ve done this, knead the mix for a few minutes, and then let it rest in a greased bowl for somewhere between 30 and 60 minutes. Then, divide it into six pieces and roll it out on a floured surface until it has the thickness of tortillas.

“Cook until golden brown spots and flip, cooking until done,” he said. “They can be made ahead and kept under a floured towel or frozen for later use. Hope this helps.”

Many people praised the chef for his tasty bread hack, with one commenting: “I made some last week. I used coconut oil & they were great!”

Another added: “My mother used to make that and we had butter and brown sugar on it, I love them.” While a third wrote: “Going to make some this evening. Almost out of bread. Keep you posted on how it comes out. Thank you.”

Others said you can add parmesan cheese and herbs or spices for “an Italian style” kick. Meanwhile, for something a little bit sweet, some said they drizzled sugar or honey over the finished product.

Over the past few weeks supermarket shelves have been stripped bare of essentials, with toilet paper, pasta and rice disappearing within moments as people fear they’ll be forced into self-isolation or lockdown. Fights have broken out among shoppers desperate to grab necessities, and staff have been abused when stock runs out.

Has your local supermarket ran out of any items?