‘A lot to digest’: Sylvia Jeffreys admits she was ‘blindsided’ by Today show 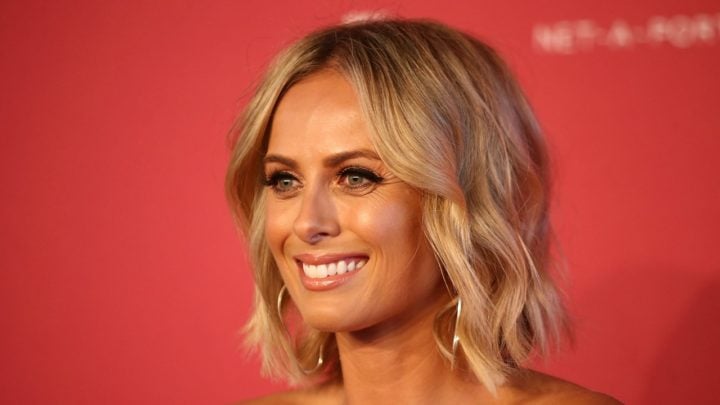 Sylvia Jeffreys opened up about her departure from the Today show last year. Source: Getty

Television presenter Sylvia Jeffreys has admitted her shock departure from the Today show last year was “a lot to digest”, claiming she was “blindsided” by the Nine Network in what was a massive shakeup for the popular program.

The 33-year-old made the surprising announcement she was leaving the Today show in December following the exit of her brother-in-law Karl Stefanovic.

During the big change of roles long-standing entertainment reporter Richard Wilkin was also moved over to Today Extra, while sports reporter Tim Gilbert bid farewell to the show.

Now around six months later, Sylvia has opened up about the difficult time which also saw her husband Peter Stefanovic leave his role of host on Weekend Today, in an exclusive interview with Stellar Magazine.

Speaking about the massive switch-up of roles, the reporter claimed she “didn’t see change on that scale coming”.

“It was a difficult few days as everything was being sorted out, but I certainly didn’t expect it,” she told Stellar. “It was a lot to digest all at once.”

While Sylvia said the change in her career helped her grow “a few extra layers of skin” it wasn’t an easy process with the presenter claiming she was innocent collateral in the whole Today show shakeup.

“I don’t know on what basis those decision were made, but whatever way you look at it, I was collateral,” she told the publication.

Sylvia’s comments come as Nine’s Director of News and Current Affairs Darren Wick shot down rumours Karl would be returning to Today. In a chat with The Daily Telegraph Wick confirmed the station is happy with the new-look team and won’t be making any more changes any time soon.

“We’ve gone in a dramatically different direction with Georgie Gardner and Deb Knight to where we were with Karl and while we know we haven’t got it quite right yet, we are happy with where we are,” he told the publication.

“No one is panicking about the ratings.”

He added of Karl’s future roles with Nine: “We’ve just got to find the right fit for Karl — and Nine.”

Do you watch the Today show? What did you think of the massive shake-up of roles?