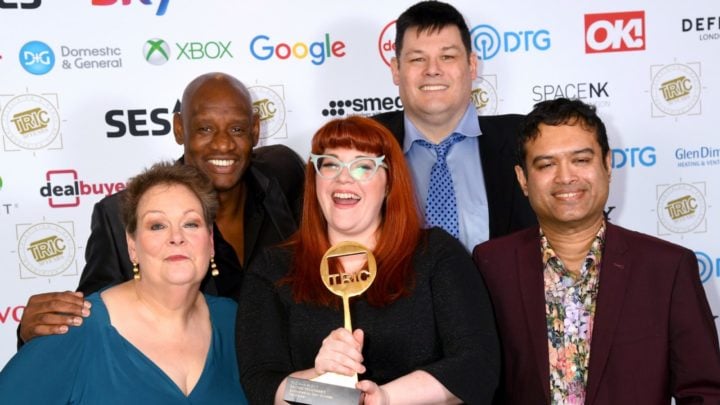 'I'm a Celebrity' is one of Britain's favourite reality programs and following in the footsteps of Anne Hegerty, reports suggest Mark Labbett has been approached to appear on the 2019 season of the show. Source: Getty

Anne ‘The Governess’ Hegerty was the surprising star of 2018’s British season of I’m a Celebrity… Get Me Out of Here and following her success in the Australian ‘jungle’, it looks like another popular Chaser could soon be headed Down Under.

According to an exclusive report from British publication The Sun, Mark Labbett has been approached to appear on the 2019 season of the show as a contestant. Also known as The Beast, Labbett appears on the British, Australian and American versions of The Chase and is one of the show’s most popular stars.

ITV, the network which airs I’m a Celebrity… Get Me Out of Here in the UK, is yet to confirm the cast and typically makes an announcement days before the show starts filming. The show films on the Gold Coast in November and is one of Britain’s most popular TV programs.

A source confirmed to the publication that Labbett held talks with producers of the show in March.

“Mark’s co-star Anne Hegerty appeared in the jungle last year and was a hit,” the source told The Sun. “Also, Mark going a bit peckish in camp would make great TV.”

Labbett wouldn’t need to make a decision until September and according to the report, has also been approached to appear on the upcoming series of Strictly Come Dancing, which is the UK’s version of Dancing with the Stars. It airs around the same time as I’m A Celebrity.

While the Chasers are known for their tough personalities on the popular quiz show, it’s easy to see why they’d make fantastic contestants on reality programs such as I’m a Celebrity… Get Me Out of Here. Contestants are forced to live in what is described as the ‘Australian jungle’ with few creature comforts. They also face their fears and compete in gruesome and frightening challenges to secure meals each night.

Hegerty had a particularly difficult time during her stint on last year’s show and was widely praised by fans for her confidence and bravery in sticking it out and using the platform to speak openly about her autism diagnosis.

On the very first day of the hit show, the 60-year-old appeared to be cracking under the pressure and shocked fans and contestants by breaking down in tears and admitting she was close to leaving the show. During a canoe challenge on day one, Hegerty’s team’s boat had capsized into snake-infested waters, causing them to lose and spend a night at a less-than-impressive jungle location. It was here where a heavily sunburned Anne first started to struggle to life in her new home.

Time will tell if The Beast follows in the Governess’ footsteps.

Are you a fan of The Chase? Would you like to see Mark Labbett on I’m a Celebrity… Get Me Out of Here?