‘My extraordinary memories hanging out with The Beatles as a child’ 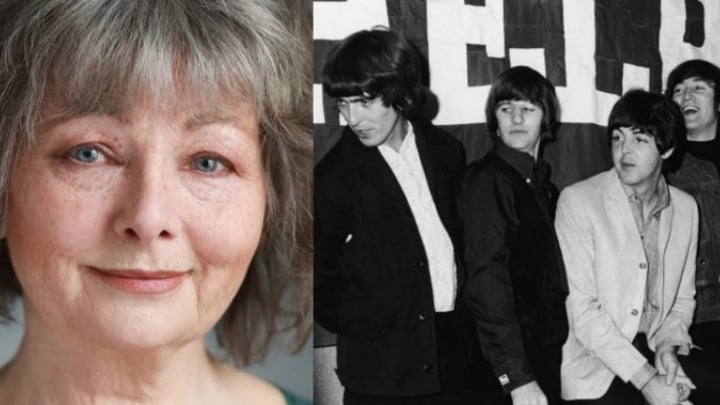 Abigail McKern got the chance to hang out with the Beatles as a child. Source: Charlie Carter (left) and Getty (right).

They opened up their lives to their fans when they began storming the charts in the 1960s, but not many people can claim to have seen The Beatles stars John Lennon, Paul McCartney, George Harrison and Ringo Starr at their most relaxed – away from cameras and the spotlight.

However, for famed Aussie actor Leo McKern’s daughter Abigail, spending weeks of quality one-on-one time with the band remains one of her most treasured childhood memories.

Abigail, now 63 and a successful actress herself, had the incredible chance to meet some of the world’s biggest actors, actresses and musicians as a child thanks to her father’s fame in the movie and theatre industry.

Part of his glittering career included his leading role alongside The Beatles in 1965 movie Help! – and due to the tight filming schedule, it meant 10-year-old Abigail could go along with him to watch her father from behind-the-scenes as they filmed in the UK, Austria and even the Bahamas.

Now, speaking in an exclusive chat with Starts at 60, theatre and TV star Abigail – who has enjoyed roles in top theatre shows, BBC dramas and of course her father’s TV series Rumpole of the Bailey – has opened up on her memories of the special time.

“It was extraordinary. I was only 10 years old at the time when they made the film, but we spent a lot of time with them between the UK and Austria,” she explained.

“I had this really exciting time flying around the world with them and their wives at the time.

“I remember my father speaking to me and saying, ‘Don’t pester them, they are pestered by millions and millions of people wanting them and screaming at them, so just give them some space and respect and if you’re very good at the end of the filming, then I will ask them if they could do a signed photo’.”

Luckily, all went well and that’s exactly what he did.

Abigail ended up making a short appearance in a home video, shot by her father Leo in Austria at the time, which was released just a few years ago under the name ‘Snow Scenes’. It featured all four members of the band laughing and playing around together in the snow, appearing completely at ease with each other away from the stage.

“They were always really nice. Ringo was so sweet, I used to go tobogganing with him in the snow in Austria,” she recalled.

“John Lennon had only just had his son Julian Lennon at the time and he was missing him. My sister was six-months-old and he always used to say, ‘Can I hold Harriet on my lap?’ so he could cuddle her!”

Of course, forming a close bond with Lennon at such a young age stuck with Abigail’s sister for years afterwards, and she admitted news of his sudden death in 1980 hit her particularly hard.

“I remember the day he was shot, my sister was absolutely devastated because she had felt so special about that time. It was terrible,” she added.

Another huge star introduced to Abigail at a young age was Judi Dench, and she has remained a firm family friend of hers ever since. Now, Abigail has revealed what the award-winning Hollywood star is like away from the cameras.

“My father did a play with her [Judi] and then I did one, The Cherry Orchard, with her too. She’s really a family friend. I’ve known her and her daughter for a long time,” she said. “She’s just fantastic. I’m a huge, huge fan of hers.”

Read more: ‘He had nervous breakdowns’: Leo McKern’s daughter on his secret anxiety

“It was an absolute joy being in a company with her, it was one of the highlights of my career.”

Abigail is now starring in North by Northwest alongside an all-star cast including Matt Day and Amber McMahon in the Festival Theatre in Adelaide Festival Centre at the end of December and into January 2019. To buy tickets visit the official ticketing site here.

What are your memories of growing up listening to The Beatles?