A traveller’s guide to commemorating Anzac Day around the world 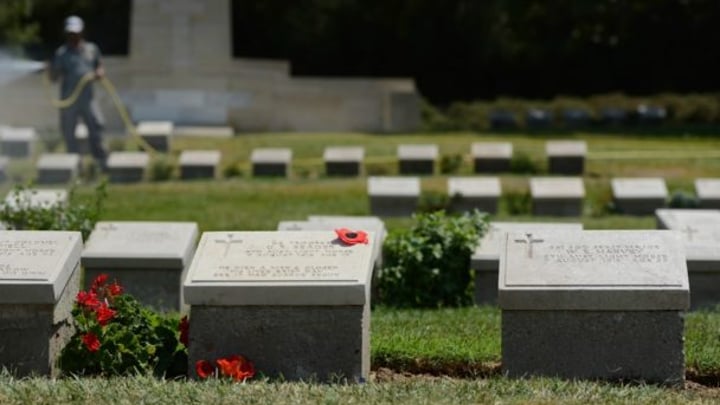 The most popular Anzac Day pilgrimage is a trip to Gallipoli. Source: Getty

Anzac Day is one of our most important national occasions and a day many hold close to their heart. Recognised annually on April 25, the day marks the anniversary of the first major military action fought by Australian and New Zealand forces during World War I.

On this date in 1915, the troops landed in Gallipoli, Turkey, as part of a campaign to capture the Gallipoli peninsula. While they had intended to come ashore under the cover of darkness to secure the element of surprise, the Turkish forces had anticipated such an attack and had soldiers lined along the coast ready to shoot down anyone who tried to advance across the beach. Hundreds of lives were lost on that first morning of the attack and thousands more over the months that followed in the effort to secure the Turkish coast.

Since the storied battle, annual services have taken place around the world to honour the fallen soldiers who lost their lives at Gallipoli. Here some of the best places to mark Anzac Day around the world.

If you’re one for history, a visit to the Australian National Memorial in Villers-Bretonneux, near the Somme Battlefields in northern France, can be a very special experience. The memorial, which is surrounded by spectacular views of the countryside, honours the 10,732 Australian soldiers who died in France and who have no known grave. There is normally a dawn service at the memorial, however this year’s service will be held at 10am. If you would like to attend the dawn service, you must register online.

For those looking for a deeper understanding and appreciation of Australia’s involvement in WWI, there are a variety of commemoration sites across the Western Front including the city of Ypres, which was reduced to nothing but rubble during the Great War.

A trip to Ypres is not complete without a visit to one of its many local museums and historic sights such as the In Flanders Fields Museum, which presents the story of WWI in the West Flanders front region. More than 2,000 original objects and documents are on display in the museum, and on entry, visitors receive a poppy bracelet containing a microchip which tells the stories of four individuals from the war, in the language you choose, as you walk through the exhibits in the museum.

If you’re visiting Ypres on Anzac Day and want to pay your respects to the soldiers who lost their lives in the Great War, there is a dawn service held every year at the nearby town of Zonnebeke. The service is held at the Buttes New British Cemetery at Polygon Wood, where many soldiers from Australia and New Zealand were laid to rest.

Thousands flock to Hellfire Pass — the site of the infamous 415 kilometre Burma Railway — each year to mark Anzac Day. Perched in Thailand’s Kanchanaburi Province, about three hours west of the capital Bangkok, it offers a unique multicultural experience. Hellfire Pass is one of the most well-known sections of the Burma Railway, which was built by prisoners of war — the majority Australian, British and Dutch — during World War II, and was the largest rock cutting on the railway and the most difficult to build. The railway’s purpose was to link the Japanese forces in Burma. According to the Australian War Memorial, Hellfire Pass took six weeks to cut and cost the lives of at least 700 prisoners, including 69 who were beaten to death. Here you can explore the Memorial Museum, the various rock cuttings, which range from small incisions in the rock to deep chasms such as Hellfire Pass, and on Anzac Day, take part in the annual dawn service.

The most popular Anzac Day pilgrimage is a trip to Gallipoli, where the Anzacs landed on April 25, 1915, as part of a campaign to capture the Gallipoli peninsula. More than 8,700 Australians and 2,779 New Zealanders lost their lives in Gallipoli during the battle for the Turkish coast.

Following the Great War, the Gallipoli peninsula was turned into a site of remembrance. There are many war cemeteries, monuments and memorials, including the Lone Pine Memorial which honours the 3,268 Australians and 456 New Zealanders who died in the Lone Pine campaign and who have no known grave, to discover scattered across this sliver of Turkey’s spectacular coastline.

If you’re planning to attend the dawn service at Gallipoli, you must register online. However, the Australian government has advised that Australians should exercise a degree of caution when travelling to Turkey this year. If you still want to make the trip, it advises that you limit your time in Ankara and Istanbul.

If you’d prefer to stay on home soil to commemorate Anzac Day, Canberra is home to many monuments and museums that showcase Australia’s incredible wartime history, and the Australian War Memorial is by far Australia’s most famous memorial. The memorial was founded to commemorate the 60,000 Australians who died in WWI and displays a range of artefacts, photos and stories. At the centre of the memorial, you’ll find the long series of bronze panels, named the Roll of Honour, containing the names of more than 100,000 members of the Australian armed forces who lost their lives in the service of the country.

If you’re in Canberra for Anzac Day, don’t miss the National Anzac Day Ceremony (tickets for public seating are now fully booked, however guests without tickets are welcome to bring their own seating) and beautiful dawn service held at the Australian War Memorial.

Have you been to any of these destinations before to commemorate Anzac Day?