‘Digging up the dirt: My family ties to an asylum for undesirables’ 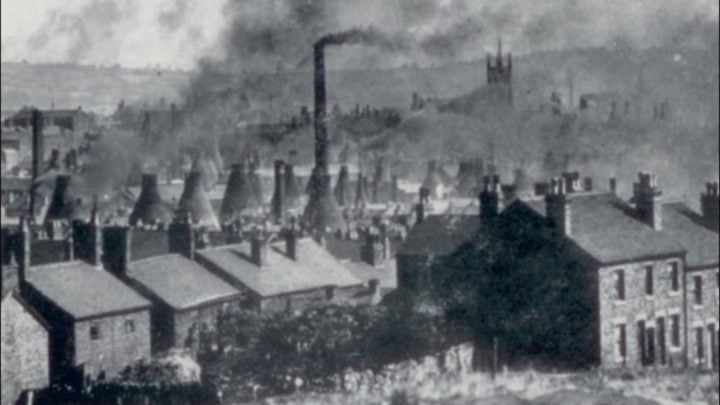 I didn’t know my maternal grandfather because he died when I was two. Too young for me to remember, although I am assured by older relatives that we did indeed meet. Given that I am fortunate to have nine grandchildren who will definitely all remember me (for better or for worse), this void in my sense of family made me wonder about my forebears. What was their story and have they in some way influenced my life?

I discovered from a cousin working on the family tree that my great-great-grandmother is buried on North Stradbroke Island, apparently in an unmarked grave. Now, this piqued my interest because the family originally settled in the Mackay region of Queensland and many still live there. How on earth did my great-great-grandmother end up buried on North Stradbroke Island? I just had to investigate, so off we ventured to Dunwich to figuratively ‘dig up the dirt’ on my family history.

North Stradbroke Island (Minjerribah), or ‘Straddie’, is a beach and nature lover’s paradise and is easy to get to and around. The island can be accessed via vehicular ferry or fast water taxi from Toondah Harbour at Cleveland, 40 minutes’ drive east of CBD Brisbane. Since we have a yacht, we sailed there from Manly Harbour with my grandson Finn on a beautiful, sunny autumn day and anchored in the calm waters of Deanbilla Bay on the southern extremity of Dunwich.

After landing our dinghy at nearby Adam’s beach we enjoyed the leisurely and relatively flat 1-kilometre stroll to the One Mile Ferry Terminal. There we were joined by my sister, cousin and their partners who had made the journey on the water taxi.

The only place to start researching your family history on ‘Straddie’ is at North Stradbroke Island Historical Museum in Welsby Street. The staff were most welcoming and helped me organise a tour of the cemetery with spritely 89-year-old local guide Dorothy.

I explained to Dorothy, I wanted to find my great-great grandmother’s grave so that we could arrange to place a memorial plaque. It did not seem proper that she should be in an unmarked grave. Dorothy advised that while records of who is buried at the cemetery are quite good, the exact location of numerous graves has been lost.

Although there are many lovely headstones and graves for free settlers and explorers, nearly 8,500 people were buried in the cemetery in pauper’s graves marked only by a simple cast-iron cross. Most of these crosses were lost or stolen over the years following World War II when the cemetery was unloved, overgrown and grazed by cattle. Despite this, the cemetery is fascinating and well worth exploring if you visit Dunwich, which was also the first quarantine station to the fledgling Brisbane town, as well as a leper colony before the establishment of the Peel Island lazaret.

From historical records, Dorothy confirmed that my predecessor had indeed been one of the paupers buried at the cemetery. How could this be? After all, she had a family of three sons and a daughter, Hannah, so she could not be destitute and incapable of looking after herself, or could she? I was confused by what I was learning. My great-great-grandmother, Martha Elizabeth Selby (nee Newbold), was proving to be an intriguing mystery to me.

Martha was born in 1834 into the small Victorian-era English industrial town of Longton in Stoke on Trent just as the First Industrial Revolution was starting. Longton was once a pretty agricultural place, but no more. In her childhood, she would have played with other kids in the grimy streets of a town constantly shrouded in smog from the 49 pottery works as well as the blast furnaces at the ironworks. It was a scene straight out of a Charles Dickens novel.

Martha was studious and became a teacher so was no doubt regarded as a pillar of society. In 1878 and only 19 years into her marriage, Martha was widowed aged 45 when her husband died from consumption (TB). He was only 40 years old and they had four children, Thomas, Daniel, Hannah and Francis.

When Hannah was 14, she worked at one of the many Potteries, fell pregnant and gave birth to a baby girl who sadly died several days after birth. Hannah disgraced the family name and her mother’s good standing in the small town, so she was despatched to Australia to live with her mother’s family, the Hill family of Mount Spencer, south-west of Mackay. It must have been scary for a nearly 16-year-old girl to make the 90-day sea voyage on a square-rigger alone, though I believe Hannah was a spirited, adventurous and independent soul, much like me. Whilst staying with the Hill family, Hannah met and soon after married my great grandfather, Thomas Robert Howell.

Martha missed her daughter, so in 1886 she left the United Kingdom for Australia accompanied by youngest son, Francis. Hannah, now 19, had two small boys and welcomed her mother’s help. Martha resided with Hannah for several years before she and Francis moved out. When Francis married in 1898 Martha moved in again with Hannah, but her health had failed, and she was going blind. By this time Hannah had another five children and could no longer care for her mother who had become increasingly disoriented, vague, blind and difficult. Two years later in 1900, Martha was admitted to Dunwich Benevolent Asylum.

Back in the cemetery, Dorothy explained that the Dunwich Benevolent Asylum was established on Stradbroke Island in 1865 to care for the poor and destitute. It operated for 85 years until 1946 and was for most of that time the only public institution of its kind in Queensland. Certainly, when Martha was admitted in 1900, that would have been the case, which explains why she was not cared for in Mackay.

The name ‘Benevolent’ suggests a kindly place but in truth, the primary purpose of the asylum was to rid towns and cities of vagrants, the blind and demented. These ‘undesirables’ detracted from the image of a prosperous colony eager to attract free settlers, so they were ‘sent to Dunwich’ to be out of sight and out of mind. Inmates had very little money and no property. I could see now how Martha would meet those criteria since I don’t believe she worked after arriving in Australia. Martha passed away at the asylum in 1916 aged 82.

There are few remains of the 20 wards, public and service buildings that comprised the asylum when Martha was there. Most of the buildings were demolished or repurposed and the current streetscape does not mirror the asylum layout.

There are two original buildings in the Historical Museum, and these are well worth a visit. The collection of artefacts in the reconstructed ‘Foul Ward’ is unique in Australia and of national significance. Unfortunately, nothing remains of the former women’s wards on Oxley Parade, but we did venture down to the adjacent ‘Women’s Beach’ and swam where Martha would have bathed. The men swam naked at the aptly named Adams Beach a respectful 1km away.

After bidding Dorothy farewell, we mulled our disappointment that we had not located Martha’s grave. Suddenly, my grandson Finn shouted, “Here it is!” There, on a memorial wall made of bricks from the chimney of the asylum laundry, we discovered a lovely plaque to Martha placed by a distant relative I had not yet met. How families, even close ones like mine, fragment and take twisting paths!

Thankfully, Martha Elizabeth Selby is not in an unmarked grave and nor is she forgotten. To celebrate our find we toasted Martha over a scrumptious lunch at the nearby Little Ship Club while we waited for the water taxi to take our relatives home.

This amazing journey has helped me connect with my heritage and stay in touch with branches of the broader family tree. I also have a better appreciation of our hidden early European history and the eerie role played by North Stradbroke Island.

So much has changed at Dunwich in such a short time, which only reinforces the value that preserving photographs and their stories have for families and society alike. On our sail home I resolved to continue photography and blogging so that my great-grandchildren will be in no doubt where they get their sense of adventure and determination.

You don’t need an ancestor buried at Dunwich to enjoy and appreciate North Stradbroke Island. It is a wonderful place to visit any time of year. I recommend that you take the vehicular ferry so you can not only explore all Dunwich has to offer but also so you can venture further to Amity, Cylinder Beach and the fabulous Point Lookout.

If you don’t have a car it’s no problem because a very reliable bus service meets the water taxi and ferry at the One Mile Ferry Terminal and can take you to all the above places. Oh, and don’t forget to check out the cemetery, museum and Little Ship Club, you won’t be disappointed.

Have you travelled in search of your family history? Where have those travels taken you?