‘The wonder of walking through Barren Grounds in New South Wales’ 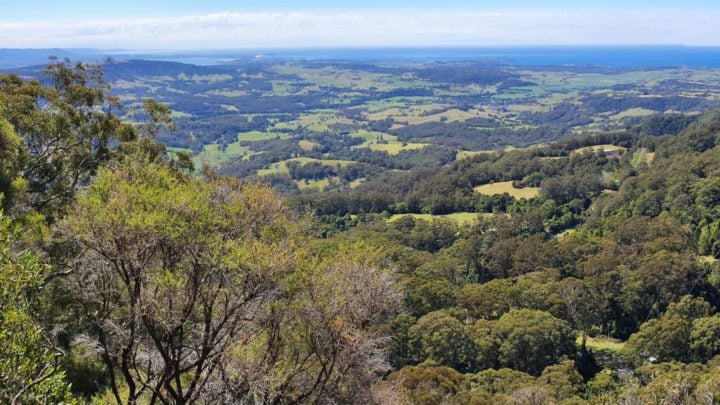 Boasting spectacular views,such as this epic one of Illawarra from a secluded lookout on the Griffith Trail. Source: Ian Smith

In typical Ian fashion, I had ideas where I might go but left it till the morning before I was convinced it would be Barren Grounds, a nature reserve in New South Wales, Australia. Despite its unattractive name there was a promise of wildflowers. I’d bypassed it on a previous trip but its curious name lured me in.

I’d zig-zagged up the Jamberoo Mountain Road the day before, but I still managed to marginally overshoot the turn off. Alighting at the carpark I could see I wouldn’t be alone, but you certainly wouldn’t call it crowded.

I chose the Griffith Trail, apparently it’s rated number 30 on NSW’s Top 60 day walks. Tasmania really started something all those years ago when it came out with its top 60 brochure, stealing a march on other states. I was so pleased when I cracked 40 of them but NSW’s had escaped me then and continues to do so. I have no idea where the rating on the sign came from.

The trail has a feature, a natural stone bridge. That conjured up all sorts of images in my brain but I wondered if the 8 kilometres would push my dodgy knees to the limit. Nothing ventured …

There was an expectation of wildflowers. It had said on sites that I’d checked that now was a prime time. They weren’t immediately apparent but when I came across the first batch it was merely a prelude. Soon they were in abundance, at times the best displays I’d ever seen. Violet, yellow and white were in profusion, scattered all along the edge of the track.

At two points there were lookouts, one, Illawarra, with expansive views to the coast and beyond while the other, around halfway, was a raised platform with genuine 360-degree panoramas. The track itself was a four-wheel drive road and quite rocky in places but I trudged on, surprised at how well my dodgy legs were going.

The weather was also being kind for the first time, sunshine bathed the area most of the while and I dwelt on the word ‘barren’. I’d been in Ireland and visited the Burren, an amazing area of seemingly bare rock that, in the little cracks that have formed, harbours over 1,100 plant species, hardly any rising more than a couple of centimetres above the rock. Here, at Barren Grounds, the vegetation was prolific. Though a lot of the growth you can see over, it’s so dense as to be impenetrable.

From time to time I came upon other walkers but I was getting excited in anticipation of the Stone Bridge that featured on so many signs, writ large on the boards. The reality was virtually a non-event. Though a pleasant spot to stop around the 6km mark if you walk the trail clockwise, it’s just a small hole in the sandstone that the creek has found its way through.

Not soon after, walking about 500 metres of slight uphill, I started to hear some birds. Having lost count of the amount of times I’ve gone for walks and lugged my cumbersome and heavy telephoto gear to no avail, always on the premise that, when you need it you haven’t got it, I was overcome when I actually raised it and a bird didn’t fly away. In fact, as I zoomed in, I realised it was a species I’d never seen before. That it was a finch was immediately apparent by its beak, but the other markings were a mystery to me. There was a spring in my step after that.

Further on there were a few others but nothing I wasn’t familiar with, though I would have loved a better crack at the golden whistler along the last kilometre of the plateau section. Then the walk was over. I packed up and stole away, eager to ascertain what I’d shot. However, it wasn’t an easy search, and I spent 10-15 minutes trolling through sites before finally coming up with a result. It was, indeed, a Beautiful Finch. Finally, just once, I’d gotten lucky.

Have you visited Barren Grounds Nature Reserve? Are hiking and walking trails on your travel bucket list?