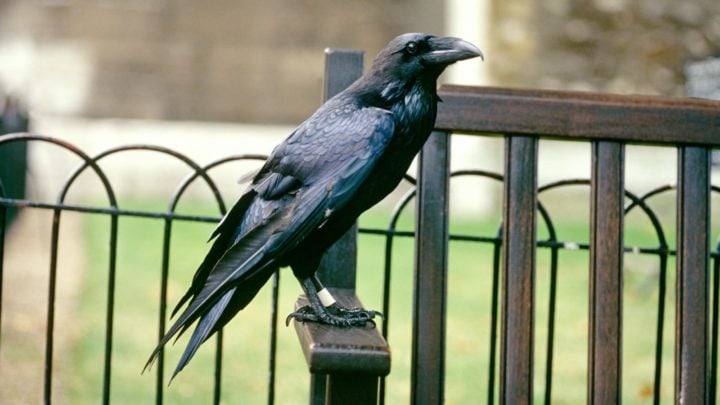 Ravens have lived at the tower for hundreds of years. Source: Getty

The historic Tower of London has welcomed a new brood of ravens for the first time in 30 years.

The four new chicks began hatching on April 23, also known as St George’s Day, following the arrival of proud parents Huginn and Muninn at the end of last year, Historic Royal Places, an independent charity that looks after some of the United Kingdom’s unoccupied royal palaces, said in a statement.

“I’m absolutely thrilled that we have welcomed four new baby raven chicks, the first to be born at the tower in 30 years,” the tower’s ravenmaster Christ Skaife said.

“It was quite unexpected as the parents, Huginn and Muninn, only came to us quite recently but I’m pleased they have settled into life at the tower.”

Say hello to our new baby ravens at the Tower of London 👋 These four little chicks are the first to be born here in 30 years. Legend tells us that should the ravens ever leave, the Tower will fall. Now, our future is secured and Chris Skaife @ravenmaster1 is one happy Dad! pic.twitter.com/BirBqM1Oiw

The tower usually has six ravens at any given time, although there are currently seven, Jubilee, Harris, Gripp, Rocky, Erin, Poppy and Merlina, plus the breeding pair and their chicks. One of the chicks will stay at the tower and will be called George or Georgina in honour of St George’s Day.

According to the stories, it was Charles II (King of England from 1660-85) who first insisted on the ravens, but they were reportedly part of the tower’s history long before then. According to the folk stories, the jet-black ravens were a mainstay at hundreds of brutal executions that took place at the tower throughout the Middle Ages and beyond.

Have you been to the Tower of London? Did you see the ravens?