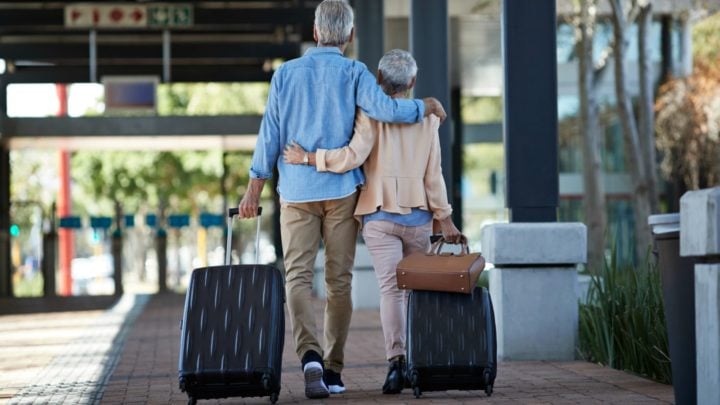 The top 10 cities to visit as a senior have been revealed. Source: Getty

Retirement is the ideal time to head off on an overseas adventure. The only question is, where to go? Well, the good news is you won’t have to go far as a new study has crowned Brisbane the third-best destination for senior travellers – and it’s the only Aussie city to have made it into the top 10.

Travel insurance comparison site InsureMyTrip ranked 76 cities around the world based on several factors including the variety of senior tours, healthcare, access to transportation services, spaciousness, quality of life, mobility access and peacefulness.

Second place went to Vienna (7.33) thanks to its great healthcare services and peacefulness. The Austrian capital has previously been named the number one city for quality of life and one of the most peaceful cities in the world.

While Vancouver took fourth spot on the list with an overall rating of 6.78, having scored highly for aspects such as peacefulness (9.71), spaciousness (9.26), mobility access (8.1) and healthcare (7.35).

San Francisco claimed he final spot in the top five (6.72) thanks to its access to transport services and spaciousness, while Geneva came in sixth. Meanwhile, Switzerland claimed another spot in the top 10, as Zurich (6.72) was favoured due to its spaciousness and peacefulness.

“This is really a unique presentation of data that can help seniors feel more confident when choosing a destination,” Ronni Kenoian, manager of marketing and eCommerce at InsureMyTrip commented.

“We certainly understand that some travellers have specific concerns regarding mobility, healthcare access, and other factors. We hope seniors and travel planners consider this information in order to make more informed decisions regarding upcoming trips

It comes after a recent survey named Perth as the friendliest Australian town or city, thanks to its residents and emerging social scene. The accolade was bestowed upon Perth by Big 7 Travel who asked their 1.5 million users to answer the question: “Where you would find the friendliest cities and towns in Australia?”

Taking the top spot, Perth was described by the travel site as boasting “lively locals and an engaging social scene”. Proving why it came out on top, Perth was also described as being a “wonderfully vibrant and social place to be”.

Second place went to Coffs Harbour in New South Wales, thanks to the laid-back of attitudes of locals towards travellers, with the site claiming: “Whether you’ve been born and raised here or are just passing through, locals will treat you with the same kind attitude.”

Third place went to the Queensland capital of Brisbane thanks to it warm and welcoming community, while Adelaide, SA, came in fourth with its CBD and suburbs being described as “friendly to just about everyone”.

Have you been to Brisbane before? Do you agree with the results of this study?