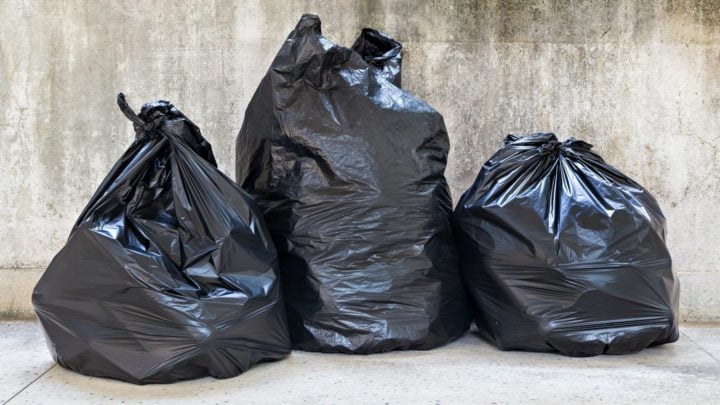 Qantas has just revealed how much waste is normally left behind after a short two-hour flight. Source: Getty

Have you ever wondered how much rubbish each flight produces, when you think of all the cups, inflight dining, snacks and general waste? Qantas has just revealed how much trash is usually left behind after a short two-hour flight.

The Australian carrier posted a picture on its Facebook page showing the normal amount of rubbish left behind from a flight. It also revealed how much rubbish was saved when it operated the world’s first zero waste flight last month — and the difference is massive.

“The big white bags in the background contain the waste left behind on one of our normal Sydney to Adelaide flights that day, which all went straight to landfill,” the company explained.

“The small bag in the foreground is everything left behind on the zero waste flight that couldn’t otherwise be recycled or composted. The difference is stark.”

People were quick to comment and praise the airline’s efforts, with one writing:  “Great effort. We did a Qantas flight from Singapore to Sydney last year and we were horrified by the mess and rubbish left behind by passengers.”

Another added: “Well done Qantas… I was astounded by the amount of single use plastic on international.”