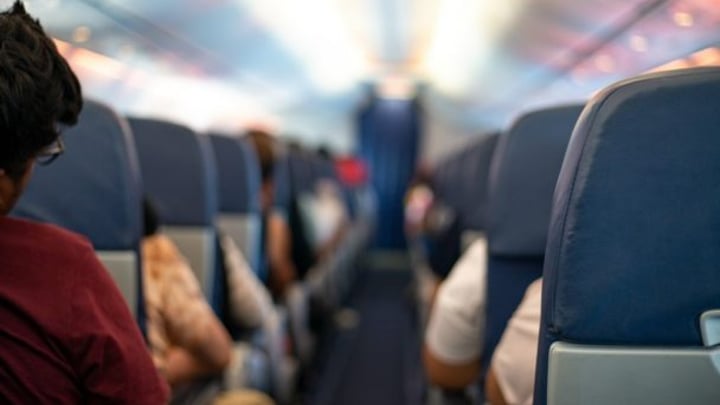 A plane passenger was left annoyed after a mum asked her to move from her pre-booked aisle seat so she could sit near her kids. Source: Getty

A woman has sparked a huge debate online after revealing she refused to move from her pre-booked aisle seat when a mother asked her to swap so she could sit near her kids.

Posting her concerns to online forum Quora, the woman revealed she was on a 14-hour flight at the time and questioned if she made the right decision.

“I booked an aisle seat on a 14-hour flight months in advance and immediately upon sitting down a lady asked if I would mind switching to a middle seat so she could sit near her kids,” she wrote.

“I told her no and she got upset. How should I have handled this?”

Most readers agreed with the woman, saying she “did the right thing”, however others said she should have been a bit more considerate and let the mother sit near her kids.

“If the lady was travelling with small kids who needed her help, then maybe we will have to be the better person here and give away our seat,” one commentator wrote.

Meanwhile, those who agreed with the woman said: “Like you, most of us chose our seat because that is the seat we wanted. It was almost rude of her to ask you to switch seats.”

Another added: “This happened to me more than once. Usually I say no because I chose the seat and depending on the airline, may have paid for my seat.”

And a third wrote: “I totally agree. You can’t go giving up your seat on a 14-hour journey just so a lady can sit ‘near’ her kids.”

What are your thoughts on this? Do you think the woman should have swapped seats with the mother?